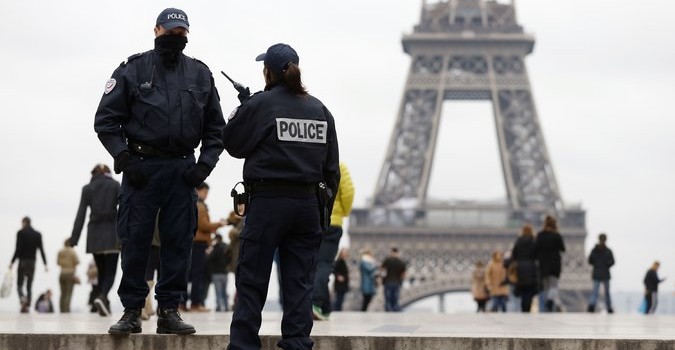 French police have been criticized ever since the Charlie Hebdo attack, by right wing media, portraying the French police as weak and ineffective. This criticism stems from the fact that less than half of the French police are armed. Reports circulated that French police had to flee the scene, unable to bring a halt to the killing by masked gunmen. Dozens of French Mayors have responded to the recent terror attacks in both Paris and Nice, now arming some of their police forces.

France has always had a restrictive policy on firearms. Unlike the U.S., the citizens of France have no inherit right to bear arms. This, for the most part, has carried over into the police force. The majority of French police have not carried firearms and have been restricted to non-lethal weapons, like the baton and Taser. Due to the rash of terrorist attacks, gun restrictions for police have lightened and more and more officers are receiving new firearms and training. A new law handed the regulation of arming police officers to the local mayors. Many mayors are on board with the law and have already started to train officers in specific firearm training. Francois Vayrou, the mayor of the city of Pau stated, “Our weapons against incivility, such as the Taser or the flash-ball, are obviously worthless in stopping a vehicle,” referring to the terror attack in Nice. While arming the police seems to be the logical step, it brings into questions a number of civil rights issues. No one can deny the connection between the militarization of police in the U.S. and the number of citizens killed at their hands. While arming the police may appear to be the next step in the war against terror, the reality is that the bulk of new weapons of war handed to local French police will lead to the same results America has already uncovered. This action by French mayors comes at a time when France is under a national state-of-emergency. At the time of the Nice attack, France had already been under declared emergency. The French President Francois Hollande went back on his promise to lift the heightened security state, instead backing congress on their move to extend it for a further six months. Along with the title, increased security measures were granted to police.

These new powers granted increased search and seizure abilities including no warrant searches. Police are also allowed to seize computer and mobile data without court approval. Adding guns to the streets on the hips of patrolman, whether you approve of it or not, is a sure sign of the emerging global police state that has been pioneered in the United States. Guns would not have stopped the Nice attack, as terrorists tend to stay one step of ahead of law enforcement by their very nature.

The French government released a report showing that the increased security measures imposed under the security state yielded only six terrorism related cases. Over 3,600 warrantless searches and 400 arrests for unrelated charges, show that increasing security measures only affects everyday citizens who are forced to give up their civil liberties. The conspiracy theorists would say that all of the terrorist attacks were false flag events, used to justify the current police state the global culture is shifting to. Whether or not you believe them, their predictions as to the erosion of our civil liberties and the fact that our governments are chasing ghosts, seem more than accurate.

Police raids in France have mainly targeted the Muslim community. This might appear to be a logical direction for authorities, however with the low number of criminal terrorism related investigations generated by the increased police powers, it is clear that authorities are acting on fear and very little evidence. The attacks in France have never been clearly linked to ISIS and have been sold to the public as ISIS inspired, attempting to connect dots that are very loosely affiliated. This follows the pattern set forth in the U.S. with the attacks in San Bernadino and Orlando, where the government and media attempted to paint the shooters as radical Muslims. A closer look at these cases reveals little to no connection between the incidents and ISIS, however this perception is now etched into the public consciousness.

French opinions on arming police have softened in light of these attacks. Last year, before the recent carnage France experienced, mayor Robert Menard of the town of Beziers took the initiative to arm his police force. Criticized as a right wing xenophobe, his actions were perceived as of the anti-Muslim sentiment. He was widely criticized by newspapers across France.

Fast forward several terrorist attacks and the criticism of arming police has seemingly faded. It is hard to say what long term effects this will have in the safety and security of France. What is certain is that increased security measures do little to stop the threat of terrorism, and it is usually the citizens who ultimately pay the price.

This article (French Mayors Arm Police as Emergency State Continues) is a free and open source. You have permission to republish this article under a Creative Commons license with attribution to the author and AnonHQ.com.