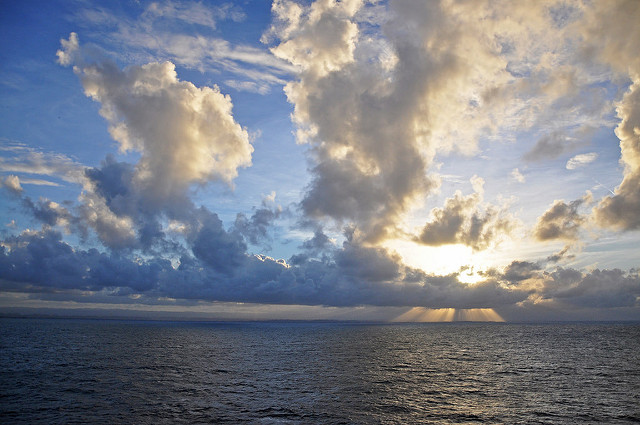 The world is full of wonderful and strange assortments of life. Many of the animals that inhabit our planet have adapted one way or another to their environment. The oceans are one of the most alien-like ecosystems on this planet, and the species that inhabit it possess abilities that have enabled them to thrive and survive the harsh dog-eat-dog environment. The following list comprises of just a select few of these individuals from regenerating brains to others that fire bubbles faster than a gun can fire a bullet, as we delve beneath the waves and take a look at a true display of Mother Nature’s finest creations.

Commonly known as the immortal jellyfish, Turiitopsis dohrnii has the ability to continually revert back into the immature polyp stage after reaching sexual maturity. The process is called transdifferentiation, which allows the jellyfish to convert mature cells into completely new ones. The medusa (final stage of the jellyfish life), absorbs its tentacles and bell, regressing back into a polyp colony. This then settles on the seabed and continues to progress into maturity. Of course the species would need to avoid predation, which is almost impossible as it lacks mobility in youth, but this can be done for eternity, making the scarlet jellyfish the only known biologically immortal species.

The pistol shrimp are generally small species, reaching approximately 1-2 long. Not the most intimidating species, however, this does not stop the pistol shrimp from being one mean character. Its distinctive claw that is over half the size of the shrimp’s entire body, can pack a punch to potential predators.

A joint in the claw allows the “hammer” to move into right angled positions. When released, it snaps into the lower claw, emitting an enormously powerful bubble capable of travelling at 60mph and generating a sound of 216 decibels. To put that into perspective, it takes approximately 160 decibels to rupture a human eardrum. This is one shrimp that’s certainly capable of stunning larger fish and warding off predators.

Mantis shrimps have one of the most elaborate and complicated visual systems ever discovered. Compared to humans, who have three types of colour-receptive cones; red, blue and green, the mantis shrimp has 16 colour-receptive cones, permitting it to see colours we could never imagine to exist. Not only has it a set of impressive eyes, the mantis shrimp has two raptorial appendages on the front of its body that if provoked, can impressively strike at the same velocity as a gunshot from a twenty-two calibre rifle – that’s less than three thousandths of a second at 1,500 Newtons of force.

Although they’re abundant in the aquarium trade and laboratories, Axolotls are unfortunately critically endangered and can only be found in lakes and canals of Xochimilco, Mexico. They possess a special ability that allows them to regenerate lost limbs. Although this is not unusual for amphibians, axolotls take it to the next level. They can rebuild their jaws, spines and even brains without any scarring. Scientists are trying to harness this ability to be able to reproduce it in humans, but the process seems to be too complicated to replicate.

The mimic octopus is a master of disguise, a species that was only discovered in Indonesia in 2009, it backs up why this specie is truly stealthy. Like other octopuses, the mimic octopus’ soft body comprises of nutritious muscle, with no armour or spine and no protection, making it a susceptible target and desirable prey for ocean carnivores. But the mimic octopus has adapted a defence mechanism, allowing it to replicate or ‘mimic’ poisonous creatures. Not only that, but it uses this same technique to catch prey, imitating a crab as an apparent mate, only to devour the deceived suitor.

These creatures are the most tenacious and extreme survival experts on this planet. Tardigrades, or the water bear, are less than 1.5 millimetres in length, but can withstand and live in boiling water, solid ice, to the driest deserts and the deepest ocean trenches – they can even live in intense radiation in the vacuum of space. When influenced under extreme environmental conditions, the tardigrade goes into suspended animation, by completely drying itself out, replacing all the liquid in its body with trehalose. Because of its size, it also doesn’t have to deal with predators, hiding between the grains in aquatic sediments. These minuscule invertebrates have roamed the Earth for more than 500 million years, and are likely to be around for a lot longer, even outlasting us.

This article (6 Aquatic Creatures With Amazing Abilities ) is a free and open source. You have permission to republish this article under a Creative Commons license with attribution to the author and AnonHQ.com.