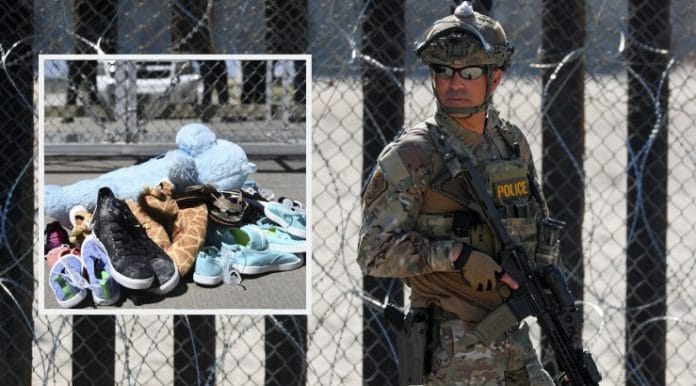 Border agents in the United States on Thursday morning turned away a sick child seeking medical help, drawing outrage from rights advocates who say the refusal to allow the six-year-old girl to attend a scheduled meeting with doctors in Philadelphia is putting her life in danger.

“Let her in,” tweeted advocacy group Families Belong Together.

The child, who has Down Syndrome and a heart condition, was brought to the border by an immigration lawyer and doctor who begged agents to allow the girl into the country on a vulnerability exemption to President Donald Trump’s “Remain in Mexico” Migrant Protection Protocols (MPP) border policy. Border officials refused on the basis that the child’s condition was not immediately life threatening.

According to the group Doctors for Camp Closure, the girl has also survived two kidnapping attempts in the three months she has been stuck in Mexico awaiting medical care.

Dr. Marie DeLuco, a member of Doctors for Camp Closure who is currently in Matamoros, Mexico, said in a statement that the child’s experience on the border was part of a worrying trend. DeLuco accompanied the the child to the border on Thursday with Lawyers for Good Government attorney Kim Hunter.

“When we advocate for our patients who need access to urgent and emergent care across the border, we are turned away by border officers,” said DeLuco. “We are being denied the chance to even speak with border patrol medical personnel about the children we are caring for.”

According to HuffPost, the situation for the child and her family grows ever more precipitous the longer they remain in Mexico:

The 6-year-old girl and her family have stayed in at least three apartments since being sent to Mexico but were kicked out of one because of the child’s violent outbursts, according to Hunter. The lawyer worries the family could end up in a large, unsanitary tent camp where it’s easy to catch infections and where violence and kidnappings are rampant.

“Every child has a right to safety, protection, and future,” Save the Children U.S. said on Twitter. “Many kids at the U.S. border are fleeing extreme poverty and brutal violence at home.”

“A 6-year-old with a heart condition should not be put at unnecessary risk when trying to receive life-saving care,” the group added.

“We urge immigration authorities to address the needs of children, particularly children who are known to be sick,” said DeLuco. “We are a country that takes care of families, not one that sends them into harm’s way.”