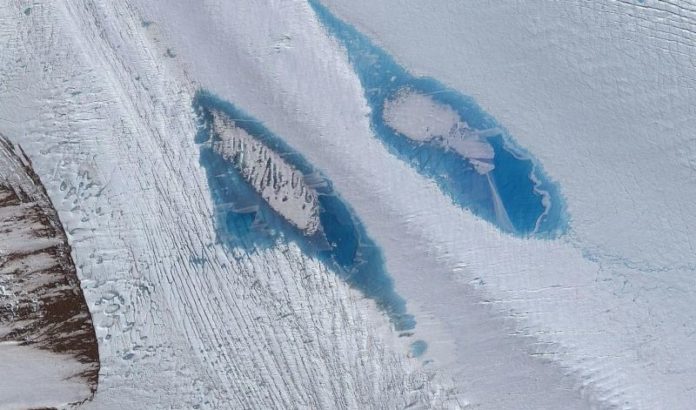 We all know that Greenland and Antarctic are in serious trouble due to man-made global warming. What we all don’t know is the magnitude of their troubles, which have far-reaching consequences — for us.

Satellite observations published by the U.S. National Snow and Ice Data Center have discovered that the Arctic lost 61,000 square kilometers of ice per day in May 2016 alone, about 30% faster than the long-term average of 46,600 square kilometers per day. A paper published in July 2015 found that between 2010 and 2013, West Antarctica, East Antarctica, and the Antarctic Peninsula lost 134 billion, 3 billion, and 23 billion tons of ice per year, respectively.

We all know that the Greenland and Antarctic ice sheets together contain more than 99% of the freshwater ice on Earth. But with July 2016 now confirmed as the world’s hottest month since records began, the future of ice sheets on Greenland [a country covered with enough ice to raise global sea levels more than 20 feet] and Antarctic [which contains much more ice than Greenland, enough to raise global sea levels hundreds of feet] — doesn’t look bright. That’s not an assumption, that’s a fact we all don’t know yet. A new satellite-based study published in August has discovered that between 2000 and 2013 about 8,000 thousands of supraglacial lakes have formed on the surface of the Langhovde Glacier in East Antarctica. As global temperatures rise, these lakes are filling with blue meltwater from the ice and surrounding glaciers.

According to GIZMODO, these lakes are a sign of global warming and a cause of ice sheet collapse: as meltwater from the lakes drains into the underlying ice, it can lubricate the ice sheet’s foundation, causing it to weaken and causing it to eventually break apart.

This is the same process that apparently melted Greenland’s glaciers and resulted in unprecedented loss of 1 trillion tons of ice; scientists are worried now that the worrisome trend has been observed in Antarctica — part of the Earth that largely resisted climate change until now.

Stewart Jamieson, a glaciologist at UK’s Durham University and one of the study’s authors, told The Washington Post:

“That’s the part of the continent where people have for quite a long time assumed that it’s relatively stable, there’s not a huge amount of change, it’s very, very cold, and so, it’s only very recently that the first supraglacial lakes, on top of the ice, were identified.

“The size of the lakes are probably not big enough to do much at present, but if climate warming continues in the future, we can only expect the size and number of these lakes to increase… It’s not hitting the glacier really hard at the moment, this process, but of course, as things warm up, we’d expect it to start doing more damage, like we see in Greenland.”

This article (8,000 Strange Blue Lakes Appear In Antarctic, Threaten Our Existence) is free and open source. You have permission to republish this article under a Creative Commons license with attribution to the author and AnonHQ.com.