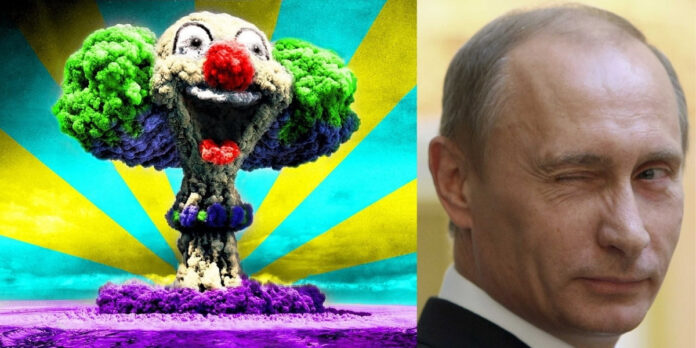 Accusations that Russia may be using thermobaric weapons in Ukraine have raised fears about the potential devastation that could result from attacks with the so-called vacuum bombs.

Oksana Markarova, Ukraine’s ambassador to the United States, said Monday that the Russian military had used a vacuum bomb, which sucks oxygen from the air to trigger a huge explosion. Markarova did not provide additional details and NBC News has not independently verified that the weapon has been used in Ukraine, but Russian thermobaric rocket launchers have been photographed entering the country by a CNN team.

Sen. Marco Rubio, R-Fla., the top Republican on the Senate Intelligence Committee, tweeted Saturday that Russia had deployed vehicles with thermobaric weapons. A senior defense official who spoke on the condition of anonymity confirmed that the U.S. assessed that Russia had deployed launcher systems that could be used for thermobaric weapons, but could not confirm whether the warheads were present.

The potential use of vacuum bombs is of particular concern because these thermobaric munitions are designed to cause immense destruction.

What is a vacuum bomb?

Thermobaric weapons, or vacuum bombs, are a type of two-stage munition that create enormous explosions. Launched in a rocket or artillery shell, the first explosive charge spreads an aerosol akin to vaporized gasoline over the area. A second charge then ignites the aerosol fog, creating a huge blast, flames, a large pressure wave and a vacuum as oxygen from the surrounding air is sucked up.

Johnson said thermobaric munitions are sometimes known as “a poor man’s nuclear weapon,” because they can obliterate any humans in the vicinity. Victims can be killed by the blast or the accompanying shock wave, and the subsequent vacuum can rupture people’s lungs.

The type of thermobaric weapon that has been spotted with Russian convoys inside Ukraine is known as the TOS-1A multiple rocket launcher. It has a range of around 2.5 miles and a blast radius that extends out approximately 1,000 feet, Johnson said.

“Everything inside that would be vaporized, essentially,” he said.

Have they been used before?

These types of thermobaric weapons have been in development since the 1970s. They were used by Russian troops in Chechnya in the 1990s, and Johnson said there was some evidence that vacuum bombs were deployed in 2016 by Syrian government forces and their Russian allies in Aleppo. U.S. forces also used thermobaric weapons in Afghanistan in 2017 to destroy cave and tunnel complexes, Johnson said.

The weapons are sometimes nicknamed “bunker busters” because they can effectively demolish defensive barriers.

“If you’re approaching from about 4 kilometers out, you can unleash not just one but dozens of them and just melt a hole through the defensive position,” Johnson said.

While they weren’t originally designed to be used in urban areas, vacuum bombs could be particularly lethal if shot into building complexes and other densely populated regions, he added.

“You can imagine if this is contained inside an enclosed space — nothing would survive inside that space,” Johnson said. “If you don’t die immediately, the pressure would rupture your internal organs. It’s really horrendous.”

How dangerous are these weapons?

Despite the horrifying destruction that thermobaric munitions can cause, there are no laws that ban their use in warfare, though they are widely condemned by nongovernmental organizations. The use of such weapons against civilians, however, is prohibited by the Geneva Conventions and could constitute war crimes.

“It’s kind of like the neutron bomb: There was no prohibition against it, but everybody just realized how horrible it was and they didn’t want that,” Johnson said.

While it’s not clear if Russian forces have already used vacuum bombs in Ukraine, Johnson said he fears it’s only a matter of time.

“I have no doubt they will use them,” he said. “They have them there because these weapons have operational combat utility. At some point, the Russians are going to bump into something, whether it’s in one of the cities or a defensive position, and that will be their weapon of choice.”