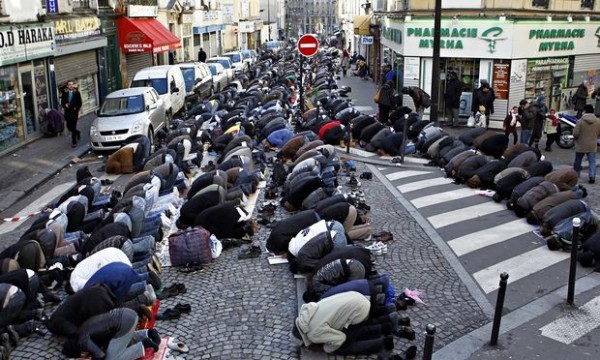 The recent Paris attack, claimed by the Islamic State (IS) fighters, is developing a new, serious and hostile attitude from the secular majority of the French public toward the minority Muslim community in the country.

Even before this attack, the Charlie Hebdo killings on January 7th of this year by some self-proclaimed Islamists brought the entire Muslim community, not only in France but also in all of Europe, into a different light… similar to the grown hate and anger toward the Muslim community in the United States after the 9/11 attack.

The mayor of the city of Nice, Mayor Christian Estrosi, had warned on national television of a “Fifth Column” composed of French Muslims, and described the battle against it as the beginning of “the Third World War.” In a recent article published by the New York Times entitled, “After Paris Attacks, a Darker Mood Toward Islam Emerges in France,” described how the relationship between France and its Muslim community is tipping toward outright distrust, hate and hostility. The article also highlighted the fear experienced by French Muslims as they endure government vows of radical domestic crackdowns, a growing far-right, anti-Muslim party and waves of violently bigoted sentiments spreading on social media.

However, as the Muslim community continues to suffer this backlash, observers warn that the situation will perfectly play into the hands of IS militants.  Because the prime strategic objective of the militants is to convince Western Muslims that they cannot assimilate or even coexist in the West because those societies are so uncontrollably hostile to Islam, and that persecution is the inevitable outcome. The militants will then be able to convince Western Muslims that the West is at war with them, leading to Muslims abandoning their allegiance to the West and instead wanting to wage war back on their own societies. Just before the attack in Paris, distinguished American journalist, Max Blumenthal, together with his colleague, James Kleinfeld traveled to Paris to examine the post-Hebdo climate for French Muslims. They interviewed numerous Paris residents whose voices are rarely heard in these debates. They included French Muslims, immigrants, French Jewish leftists, as well as other French citizens expressing the more conventional anti-Muslim views.

The interviews conducted by the two journalists formed the backbone of a new documentary known as “Je ne suis pas Charlie,” which has been updated to include a discussion of the recent attack in Paris.

Among some prominent Muslim personalities featured in the interview is the spokesperson for the French League of Muslim Women, Amal Paluskiewicz. Paluskiewicz said, “There was a pre-Charlie situation and a post-Charlie one. It’s undeniable. Before Charlie, there was discrimination, there was Islamophobia. But after Charlie … we are easily identified with Islam and we are then conflated with the extremists.” Another French Muslim student, Hanane Karimi described the situation as, “a moral panic in French society which makes Muslims even more stigmatized than beforehand.”

Several of the interviewees also cited multiple French laws passed over the last few years to regulate and restrict the wearing of headscarves and veils by Muslim women as a key trigger of this pervasive animosity against France by extremist radical fighters such as IS. Last summer, France actually outlawed protests against the Israeli attack on Gaza and arrested scores of its Arab citizens who defied the law to protest. Citing those restrictions and the resulting alienation of French Muslims, Blumenthal told The Intercept that, “Roaming around the suburbs of Paris, I was distinctly reminded of occupied Palestinian territory.”

The film also touched on one of the most controversial issues in the history of France, and that is as a brutally violent colonial power in predominantly Muslim countries, particularly in Algeria, and the role that history still plays in how France treats its Muslim population.

One of the basic truths the film provides is the critical context for understanding key pieces that are deliberately omitted from most dominant American media coverage of these key issues affecting the Muslim community in France and Europe as a whole. Take your time to watch the entire duration of the film and share your opinion with us.

This Article (Aftermath Of Charlie Hebdo And Paris Attacks: This Is How Muslims Are Perceived In France [Video]) is free and open source. You have permission to republish this article under a Creative Commons license with attribution to the author and AnonHQ.com