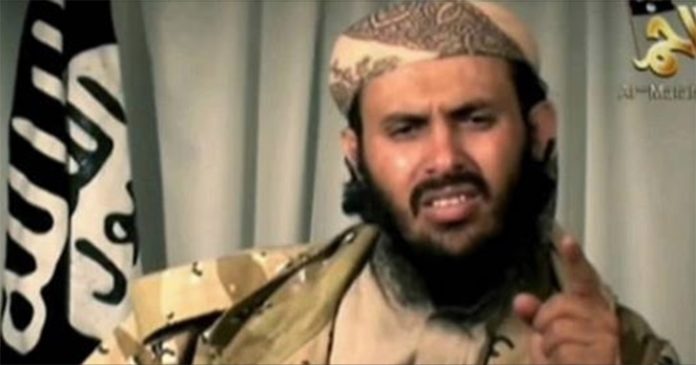 The leader of al-Qaeda in the Arabian Peninsula (AQAP) in Yemen, Qasim al-Rimi, has admitted his fighters have fought alongside Yemeni government forces currently backed by the U.S. and the Saudi-led coalition.

As reported by the Washington Post, Washington regards AQAP as the deadliest branch of al-Qaeda. Al-Rimi is frequently the target of U.S. airstrikes, and there is an enormous monetary bounty for his capture.

“We fight along with all Muslims in Yemen, together with different Islamic groups,” he said on Sunday to AQAP’s media arm, al-Malahem, from an undisclosed location in Yemen. Al-Rimi also added that his followers have teamed up with an array of factions — including the ultraconservative Salafis, “the Muslim Brotherhood and also our brothers among the sons of (Sunni) tribes” against Yemen’s Shiite rebels, known as Houthis.

“Al-Rimi did not elaborate on what exactly fighting ‘alongside’ meant but al-Qaeda has emerged as a de facto ally of the government of President Abed Rabbo Mansour Hadi and his backers Saudi Arabia and the United Arab Emirates against the Houthis in a grueling civil war that has wreaked devastation, caused widespread hunger and killed more than 10,000 since late 2014.”

Admissions like these raise serious doubts about the sincerity of Washington’s prosecution of the war on terror, which was initially targeted at al-Qaeda, the terror group deemed responsible for the September 11 attacks on American soil.

However, for those who have been paying attention to the conflict in Yemen over the past few years, it hardly comes as any surprise; the Saudi-led coalition has inflicted widespread suffering on Yemen —committing an extensive list of war crimes in the process — with the aim of defeating al-Qaeda’s sworn enemy. Saudi Arabia has paid little regard to the fact that AQAP and ISIS are sitting directly on its border.

This pattern of fighting alongside al-Qaeda when it suits America’s warped foreign policy interests has permeated a number of conflicts throughout the region. In Libya, the U.S. knew full well they were providing air cover for al-Qaeda-linked rebels in 2011. Hillary Clinton’s leaked emails are a testament to this fact. In Syria, al-Qaeda (no matter how many times it is rebranded) is one of the most prominent rebel groups in the country, receiving all manner of support from the U.S. and its allies in order to topple Syria’s secular government.

For some, the news that an al-Qaeda leader went on record to say he has fought alongside the U.S. will be an incredible shock.