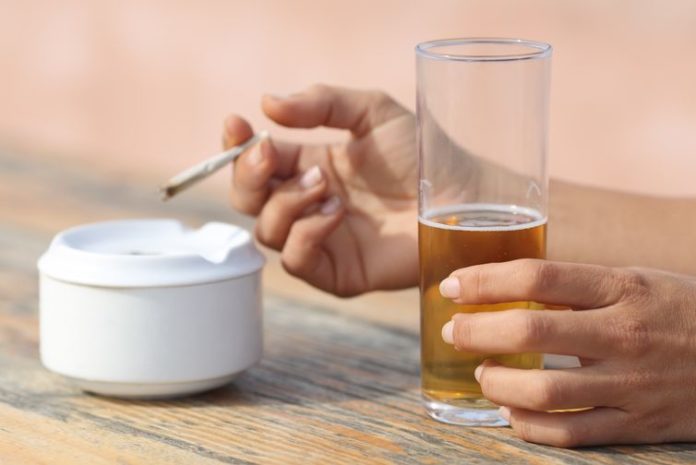 There’s a very common drug-policy talking point that’s meant to convey the absurdity of the war on drugs: alcohol is more dangerous than marijuana, even though alcohol is legal and marijuana is not.

Perhaps the biggest supporting evidence for this point is a 2010 study published in The Lancet that ranked alcohol as the most dangerous drug in the United Kingdom, surpassing heroin, crack cocaine, and marijuana. That study has drawn widespread media attention from entities like Vox, etc. Experts say alcohol scored so high because it is so widely used and has devastating consequences not only for drinkers but for those around them. “Just think about what happens (with alcohol) at every football game,” said Wim van den Brink, a professor of psychiatry and addiction at the University of Amsterdam. He was not linked to the study and co-authored a commentary in the Lancet. When drunk in excess, alcohol damages nearly all organ systems. It is also connected to higher death rates and is involved in a greater percentage of crime than most other drugs, including heroin, writes Maria Cheng of NBC News.

According to an assessment recently published in the British Columbia Mental Health and Addictions Journal, health-related costs for alcohol consumers are eight times greater than those for cannabis consumers. This leads to  more medication, therapy and medical expenses which the health system profits generously from.

The official publication of the Scientific Research Society, American Scientist, reported that alcohol is one of the most toxic drugs and using just 10 times what one would use to get the desired effect could lead to death. According to the CDC, hundreds of alcohol overdose deaths occur in the United States each year. Again this leads to increased revenues and funding at the expense of lives.

Researchers from the Boston University School of Medicine (BUSM) and Boston University School of Public Health (BUSPH) have shown that alcohol is a major contributor to cancer and drinking even small amounts of alcohol, as little as one drink, can increase the risk of developing cancer. Alcohol, regardless of its type (i.e. beer, wine, liquor, etc) is a class A1 carcinogen which are confirmed human carcinogens. Alcohol consumption has been causally related with breast cancer for some time. Increasing evidence indicates a stronger association with neoplasms, though the risk is elevated for other types of breast cancers too. Alcohol is associated with at least 7 different types of cancers.

Since public of opinion of alcohol is not as critical as that of other addictive substances, its addiction becomes very easy.  Alcohol is proven to worsen other addictive tendencies such as gambling, smoking, overeating, other drugs and many other physical and psychological dependencies which drive economies worldwide. Research published in the journal Alcoholism: Clinical & Experimental Research, found that 36 percent of hospitalized assaults and 21 percent of all injuries are attributable to alcohol use by the injured person which alone increases overall revenue of hospitals, clinics and several different health professionals.

Domestic violence and sexual assault are quite often caused by alcohol abuse. A study conducted by the Research Institute on Addictions found that among individuals who were chronic partner abusers, the use of alcohol was associated with significant increases in the daily likelihood of male-to-female physical aggression. Specifically, the odds of abuse were eight times higher on days when men were drinking; the odds of severe abuse were 11 times higher. According to the Rape, Abuse and Incest National Network (RAINN) website highlights alcohol as the “most commonly used chemical in crimes of sexual assault” and provides information on an array of other drugs that have been linked to sexual violence. This one drug alone is estimated for at least 12% of all incarcerations. And America’s obsession with prison and its business is well known to everyone.