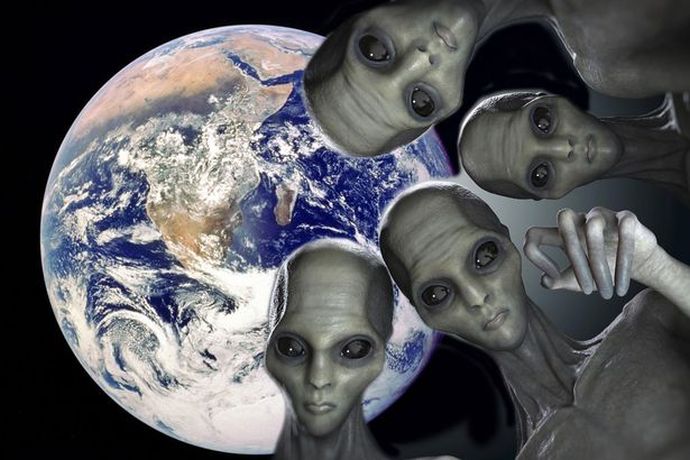 The Green Bank Telescope in West Virginia, and the Arecibo Observatory in Puerto Rico have detected six bursts of strong radio signals originating from a constellation 3 billion light years away from Earth. Known as Fast Radio Bursts or FRBs – they only last milliseconds but generate as much energy as the Sun in an entire day – 11 FSBs were captured by high-powered telescopes in March, from similar sources in deep space.

A team of researchers from McGill University wrote in a paper published in The Astrophysical Journal: Given the signals’ energy, repeating nature and location, speculation has already begun on whether an advanced alien civilization is trying to contact us. The scientists haven’t ruled out the possibility that the signals originated from extra-terrestrial intelligence, however, they say it is more likely to be solar flares from a young neutron star.

“Our discovery of repeating bursts from FRB 121102 shows that for at least one source, the origin of the bursts cannot be cataclysmic, and further, must be able to repeat on short [less than 1 minute] timescales. Whether FRB 121102 is a unique object in the currently known sample of FRBs, or all FRBs are capable of repeating, its characterization is extremely important to understanding fast extragalactic radio transients.”

In May 2015, RATAN-600 observatory in Russia’s Zelenchukskaya, detected a mysterious burst of radio signal (lasting no more than two seconds) coming from a 6.3 billion-year-old star in a constellation 94.4 light years away from Earth. Astronomers who are engaged in the search for extraterrestrial intelligence (SETI) are now examining the radio signal and its sun-like star, HD 164595, in the hopes of determining its origin using the Allen Telescope Array in California.

According to Seth Shostak, an astronomer at SETI, the energy an extraterrestrial beacon would need to produce to send a signal in all directions, would be a mind-blowing 100 quintillion watts. The aliens who sent it are hugely more advanced than we are, he states; just how advanced depends on whether they were targeting Earth or transmitting radio waves in all directions.

“It’s hundreds of times more than all the energy falling on the Earth from sunlight. It goes without saying this would require a power source far beyond anything that exists on Earth.”

“The signal from HD 164595 is intriguing, because it comes from the vicinity of a sun-like star, and if it’s artificial, its strength is great enough that it was clearly made by a civilization with capabilities beyond those of humankind.”

Such a civilization would likely be Type II on the Kardashev scale, adds Paul Gilster of the Tau Zero Foundation (which conducts interstellar research). In 1964, Russian astronomer Nikolai Kardashev defined three levels of civilizations based on their capacity to harness and use energy (the Kardashev scale):

Type I – a civilization that is capable of harnessing the total energy of its own planet including solar, wind, earthquakes, and other fuels;

Type II – an interstellar civilization that is capable of harnessing the total energy output of a star;

Type III – a galactic civilization that is capable of inhabiting and harnessing the energy of an entire galaxy.

At present, our civilization is somewhere near Type I on the Kardashev scale. International Business Times observes:

“If the newly-received FRBs’ source is artificial, they could have been sent by at least a Type-II extraterrestrial civilization as a means to reach out to other, similarly intelligent civilizations. That is because the amount of energy in these FRBs cannot be produced by any conventional means known to man, but could be emitted by an artificial source from a civilization that has harnessed the power of an entire star.”

While scientists are still investigating the radio signals and are far away from concluding whether aliens could be trying to contact Earth, theoretical physicist Stephen Hawking warns humans should not respond to alien signals from outer space because aliens would be far more advanced than us.

This article (Aliens Trying to Make Contact? Mysterious Radio Signals Emanate from Deep Space) is a free and open source. You have permission to republish this article under a Creative Commons license with attribution to the author and AnonHQ.com.