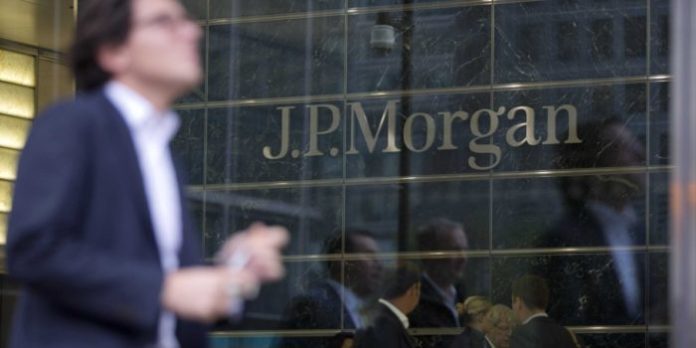 We all know that the 2008 financial crisis was a result of the recklessness of the big banks, especially those in the United States. In Iceland, the government saw the problem and jailed the bankers — with some of the bankers still serving their jail sentences. The economy of Iceland is now thriving, and is one of the best in Europe today. But in the United States, nothing happened to the bankers. The government rather ridiculously went to the rescue of them instead. This essentially made the banks untouchable. Many of these banks are multinationals; carrying out their recklessness in the United States, and in countries where regulations are weak. Even when these banks are caught red-handed engaging in illegal activities, instead of jailing those responsible, the United States only issues a fine, leaving those responsible off the hook to do it again.

This story is just one of many discussing such fines. One of the country’s multinational banking and financial services, JPMorgan Chase, has been fined up to $264 million for engaging in bribery and corruption in China.

According to the United States Security and Exchange Commission (SEC), JPMorgan and its subsidiary in Hong Kong used vast foreign bribery schemes that may have spread to a number of Wall Street banks. SEC investigators revealed the case centered on JPMorgan’s hiring practices in China. The bank is said to have hired the children of powerful and influential Chinese leaders to win business in the country. The quid pro quo (a favor or advantage granted in return for something) strategy adopted by the bank ensured that unqualified persons were employed at the bank. This means JPMorgan clearly violated United States law governing foreign bribery. The executives of the banks, who authorized the hiring, should have been jailed by now. But unfortunately, they are still free men and women, receiving huge salaries and throwing their weight about in public.

Investigators stated that JPMorgan hired more and more employees based on referrals from powerful Chinese leaders. Senior bankers in several instances, explicitly tied those jobs or internships to securing deals with Chinese government-run companies. To be hired, a referred candidate had to have, in the bank’s own words, a “directly attributable linkage to business opportunity,” a scheme that enabled the company to win or retain business resulting in more than $100 million in revenue for the bank or its affiliates, investigators have said.

“The common refrain that this is simply how business is done overseas is no defense. This is no longer business as usual; it is corruption,” said Robert L. Capers, the United States attorney in Brooklyn, whose office helped lead the criminal investigation into the bank.

In fact, many of these unqualified employees were transferred to work in the United States, Europe and other places in Asia. The SEC said it lowered the fine to this amount because JPMorgan cooperated extensively well with investigators.

It is unclear when the bank adopted this damning practice. But in August 2013, The New York Times reported that United States regulators are scrutinizing the hiring practice of JPMorgan in China. The Times quoted a confidential United States government document detailing how the bank was involved in hiring children of powerful Chinese officials in order for the bank to win lucrative business in the country.

When United States federal officials announced this fine against JPMorgan, the bank admitted wrongdoing, saying it stopped the scandalous hiring practice in China in 2013, just after it came under federal investigation. “We’re pleased that our cooperation was acknowledged. The conduct was unacceptable. We stopped the hiring program in 2013 and took action against the individuals involved. We have also made improvements to our hiring procedures and reinforced the high standards of conduct expected of our people,” Brian Marchiony, a JPMorgan spokesman said in a statement.

Although the bank admitted wrongdoing, investigators failed to recommend any criminal prosecution against executives of the banks who decided to employ such a wicked strategy to win business. Even the fine, the SEC indicated, was lowered simply because the bank cooperated during investigation. Can you see the problem with the United States – why the bankers would continue to act recklessly? The rule is simply for the bankers. Just commit all the crimes, and when you are caught, you cooperate with investigators.

According to SEC officials familiar with this case against JPMorgan, it could lay the groundwork for investigators to pursue penalties against other big banks. The New York Times reports that banks, including HSBC, Goldman Sachs and Deutsche Bank have hinted that they face investigations into their hiring practices in China, which began in 2013. The Head of Enforcement at the SEC, Andrew J. Ceresney stated “We do not expect this to be the last action resulting from that sweep.” This current fine has topped a growing list of regulatory problems at JPMorgan. In addition to the $6 billion so-called London whale trading scandal, the bank reached a $13 billion settlement with the Justice Department over its sale of mortgage securities in the lead-up to the 2008 financial crisis.

What worries us is the fact that for these criminal activities perpetrated by the banks, no top bankers have gone to jail since the financial crisis. This has allowed the bankers to continually mislead and dupe the world. Bankers who act recklessly this way certainly deserve nothing less than prison.

This article (JPMorgan Chase Fined $264 Million for Engaging in Bribery and Corruption in China, More Wall Street Banks to Face Similar Fate) is a free and open source. You have permission to republish this article under a Creative Commons license with attribution to the author and AnonHQ.com.