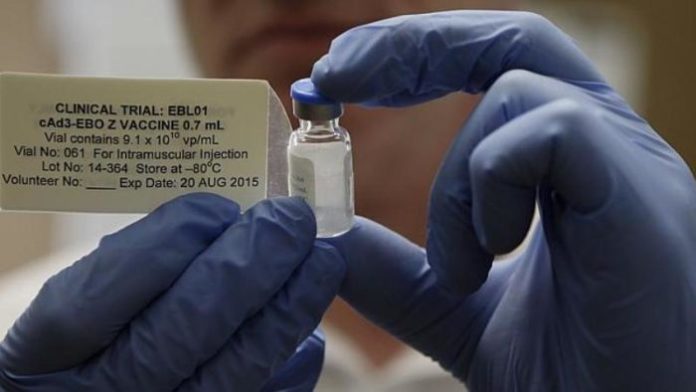 The World Health Organization (WHO) has announced that it has successfully completed an Ebola vaccine trial in one of the worst hit Ebola countries in West Africa. The vaccine is said to have been developed by Merck, a pharmaceutical giant in the United States. The trial was carried out in Guinea, one of the three most affected countries by the disease during its peak period.

WHO officials who supervised the trial said the vaccine is an anti-Ebola vaccine that prevents human infection. The vaccine is said to have showed huge success against the Zaire Strain. This makes the vaccine the first ever drug to prove efficacy against the deadly virus that has left many people in West Africa dead.

The trial reportedly used a ring vaccination. Over 5,000 people received the vaccination with no Ebola cases recorded after the period of 10 days. This proves the 100% efficacy of the vaccine. WHO officials said they were happy to have witnessed this success of the vaccine.

Marie-Paule Kieny, WHO’s Assistant-Director General for Health Systems and Innovation said they can confidently say there is now a vaccine that is capable of stopping infection of the disease. “I really believe that now we have a tool which would allow to control a new outbreak of Ebola, of the Zaire-strain – because there are two strains circulating, one is Zaire, and the other one is called Sudan. So for the called Sudan-Ebola, there is a need to develop the same vaccine, but we are now in a position to intervene and stop transmission of any outbreak of the Ebola-type (sic), of the Zaire-type,” Marie-Paule told Reuters in an interview.

Marie-Paule also revealed that the vaccine manufacturer is currently preparing a dossier to submit for the registration of the drug. It is said when Merck finishes the preparation of the dossier, it will then submit it to the United States’ Food and Drug Administration and the European Medicines Agency. This process is expected to be completed by the end of 2017, and by early 2018, the drug could be available.

The Ebola virus is a highly infectious disease. The virus spreads by contact with infected blood and bodily fluids. In December 2013, in the West African country of Guinea, a one-year-old boy identified as Emile Ouamouno, died in a small village called Meliandou. His mother, sister and grandmother also became ill with similar symptoms and died. Unknown to the village, and the world as a whole, the disease would go on to bring fear, panic, death, devastation and a complete health emergency to the entire world.

The disease, which was finally identified as Ebola, spread to villages, towns and cities across the country before entering neighboring Sierra Leone and Liberia. Nigeria, Mali and Senegal also later recorded the presence of the disease.

Although an outbreak of the disease was recorded in sub-Saharan Africa in 1976, no cases had ever been reported in West Africa. Due to the lack of health facilities and experts, the early cases were mistaken for a normal fever, a common occurrence in West Africa. This allowed the disease to spread and go unrecognized for several months.

However, the world would wake up to the reality of the disease only after aid workers and volunteers from western countries contracted the disease. This was when the world – particularly leaders in the Western world – realized the disease has no boundaries. In the three worst hit countries—Guinea, Sierra Leone and Liberia, the disease left over 11,300 people dead.  Today, it is estimated that there are over 10,000 survivors of the disease in these countries. The race for a vaccine to combat the deadly disease started in 2014.

This article (WHO Announces 100% Effective Ebola Vaccine, 2018 Availability on the Cards) is a free and open source. You have permission to republish this article under a Creative Commons license with attribution to the author and AnonHQ.com.