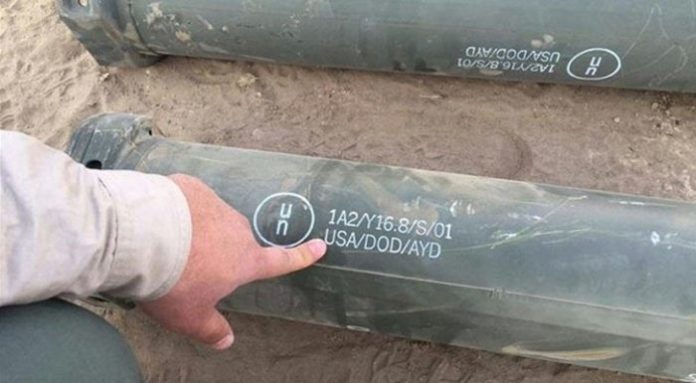 Since 2014, Mosul, a city in northern Iraq, has been under the control of ISIS. In the whole of Iraq, Mosul is the only remaining major city that ISIS is controlling.

When ISIS seized the territories in the country and started ruling, tribal fighters and other groups who oppose the terrorists, launched a series of resistance attacks. However, because these anti-ISIS fighters are poorly armed, they are no match for the terrorists.

Currently, the Iraqi government has authorized a special military operation to drive out ISIS from key cities in the country. The Iraqi army has joined forces with the anti-ISIS fighters known as ‘popular forces’. The team has been able to drive out the terrorists from many towns and cities, liberating innocent people who were living under the brutal terrorist regime. In all the chaos and confusion in Mosul – and the rest of Iraq – the United States is parading around how it provides technical support for the forces to take Mosul from ISIS control, yet many observers have taken this U.S. claim with a pinch of salt.

In the latest news, the Iraqi army and the popular forces fighting ISIS have uncovered further evidence that the United States is indeed in secret alliance with ISIS. Although the fight against ISIS in Mosul is slow, it is steadily progressing. In southern parts of the city, the terrorists have been forced to flee due to the determination and courage of the forces.

When the forces captured these city areas, they also conducted a thorough search, in order to dismantle bomb traps left behind by the terrorists. (ISIS frequently leaves dangerous traps behind in areas they abandon).

Anonymous members of the forces fighting ISIS have told Iraqi local media outlets of their discoveries, saying that United States-made missiles are in some of these military positions left behind by the terrorists. A local source in the Mosul area was quoted as saying: “Several US-made missiles were found in al-Shoura region to the South of Mosul.” The forces said this isn’t the first time they discovered such weapons. According to them, missiles and other dangerous weapons, which are made in the United States, were discovered in towns once controlled by ISIS, particularly in Anbar province. Provincial officials also confirmed that the United States-made weapons were sent by United States military airplanes for the terrorists.

Iraqi intelligence officials have revealed that ISIS has started moving some of these weapons from Mosul to the Tal Afar region, buying time and making a strong stand against the advancing forces.

“The ISIS terrorists have sent US-made TOW anti-tank missiles to Tal Afar and it is quite evident that they are preparing for a long-term war,” an Arabic-language local media quoted an Iraqi security official as saying. In late August 2015, a senior Iraqi intelligence official revealed that United States helicopters were dropping weapons and other aids in some parts of the country, for the terrorists. He also revealed that in addition to dropping aids, the helicopters transfer ISIS ringleaders and wounded members from the battleground to hospitals in Syria, or other countries who are secretly backing the terrorists.

This article (Anti-ISIS Fighters Discover United States-Made Missiles at Mosul Military Base Belonging to Terrorists) is a free and open source. You have permission to republish this article under a Creative Commons license with attribution to the author and AnonHQ.com.