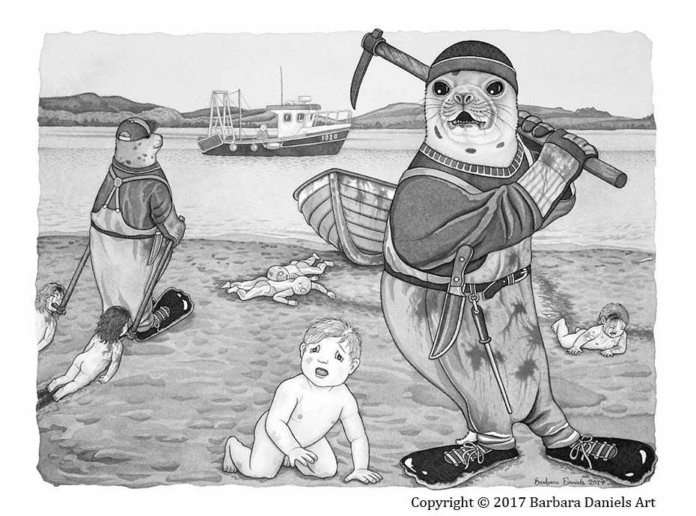 If there was a parallel universe in which animals were dominant could this be what it would look like?

Humans kill animals for consumption, our own benefit, and often just for pleasure. This behaviour has become so normalised that many do so without giving it much thought.

But could we change our perspective be conceptualizing a different universe, in which animals were doing the exploiting?

You can take a look for yourself below and let us know what you think:

1 A Day at the Races These images were drawn by German artist Barbara Daniels. Daniels takes very real situation, but switches the place of the humans and animals, to create thought provoking images that make us question the morality of animal treatment in the modern world.

“Imagine our modern society with the roles of humans and animals reversed. What would it look like? How would it feel to be dominated by another species? My current artwork strives to answer these questions, drawing inspiration from real world situations and events.” Said Barbara on her website Barbara Daniels Art.