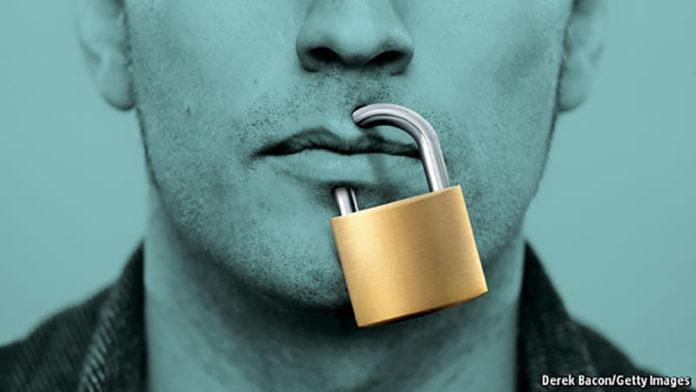 When contemplating the First Amendment; the freedom to report on the government and its organizations springs to mind. Any restrictions of the press, suppression of the press and suppression of the right to speak and express an idea before it is published are reminiscent of the more clandestine nations belonging to the Middle East, Russia and China.

Americans embrace their Amendment rights, particularly that of the First. The ability to express and publish what might not necessarily be in favour of the government but is an actual truth gives rise to the democracy that is supposedly American, and more bluntly, western.

Canada, Australia, Western Europe, Japan and a small amount of other nations follow suit. The freedoms of the press in these nations continually hold the governments of these countries accountable – hence, the title The Fourth Estate. Australia and Canada are two of the more envious of places to live, the United States, for some, remains in a similar category – but for others, it is dubious as the First Amendment rights of the American citizen slowly erode.


Julian Assange addresses this issue, responding to the recent CIA battle cry to shut down press freedoms and attack the very core foundations of the First Amendment’s freedom of speech.

The “right of the people peaceably to assemble, and to petition the government for a redress of grievances” is already on shaky grounds. It appears that Mike Pompeo, Trump’s director of the CIA has failed to closely examine what it means by “Congress shall make no law respecting an establishment of religion, or prohibiting the free exercise thereof; or abridging the freedom of speech, or of the press…”

Assange warned the world in a public letter, published by Washington Post. He said:

When the director of the CIA, an unelected public servant, publicly demonizes a publisher such as WikiLeaks as a “fraud,” “coward” and “enemy,” it puts all journalists on notice, or should. Pompeo’s next talking point, unsupported by fact, that WikiLeaks is a “non-state hostile intelligence service,” is a dagger aimed at Americans’ constitutional right to receive honest information about their government. Whether Mike Pompeo likes it or not, WikiLeaks is a publisher of documents that exposes the darker truths of a nation, not just the US.

Although WikiLeaks’ founder Julian Assange is Australian and holed up in London in an Ecuadorian embassy, the act of the US government wanting to shut down WikiLeaks is the act in question. The CIA wants to breach and undermine the First Amendment under the guise of treason because of unsavoury reports (Vault 7) made against their secretive domestic and international agendas. Or as Assange explained, “Vault 7 has begun publishing evidence of remarkable CIA incompetence and other shortcomings.”

In short, the CIA’s cover was blown sky high and they want their bloody vengeance.

But the irony is too good to pass up – to support the latter comment. It wasn’t so long ago that Trump declared his man crush on Assange, saying “WikiLeaks. I love WikiLeaks.” Pompeo, too, declared he was smitten by the publication agency that is WikiLeaks on Twitter:

“Need further proof that the fix was in from Pres. Obama on down? BUSTED: 19,252 Emails from DNC Leaked by WikiLeaks.” The tweet praising Assange’s WikiLeaks has since been deleted from Pompeo’s feed now that the publications have “touched Pompeo’s rice bowl,” Assange writes.

Love Assange or hate the man; it doesn’t change the CIA mindset now of shutting down those who dare to write the compromising truth about the American government.  This affects NGOs and bloggers, through to the bigger organizations that are critical of governments – such as Human Rights Watch and Amnesty International. “The logic that WikiLeaks, or these organizations, are somehow “intelligence agencies” would be as absurd as the suggestion that the CIA is a media outlet,” Assange explains. “Both journalists and intelligence agencies cultivate and protect sources, collect information and write reports, but the similarities end there.”

If the CIA wins this fight by the conjuring of legal loopholes – or by less wholesome, more subversive means – The Fourth Estate around the world will crumble out of fear that they’ll be the next target. The sources that are cultivated by journalists will no longer be protected, governments will no longer be accused, and our freedom of speech forever curtailed.


This article (Assange: The CIA is “waging war on truth-tellers” [Video]) is a free and open source. You have permission to republish this article under a Creative Commons license with attribution to the author AnonWatcher and AnonHQ.com.