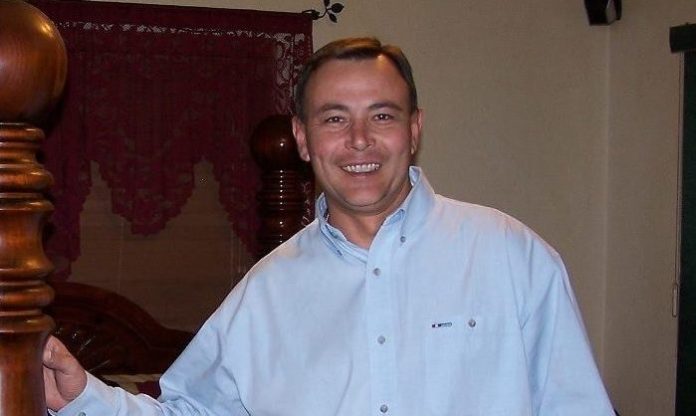 In what appears to be a chilling Facebook account of attempted murder, prostitution rings and the involvement of “upper level police” in Midland Texas, Buddy Wayne Webb has claimed fears for his life after recent death threats.

Spending the better part of the last 4 years proclaiming he is a victim of an attempted murder gone wrong, Webb has documented and posted countless medical files he claims are falsified; conversations and accounts of what he thinks has gone wrong in his area of residence; and suggesting that a nearby secret underground facility is partly to blame for the situation he and others face.

The multiple accounts stem back to a shooting, occurring January 28, 2012. It follows what Webb describes as a break-in into his Midland Texas home, resulting in him being shot sometime around 2240 hours.

Webb had voiced his concerns time and again, even previously stating in an email to his family prior to the shooting, that he was intending to put his house on the market – out of safety concerns: “This is an email that I sent to my brother this morning so somebody had this information in case some accident happens,” it reads, “I then forwarded it to the Texas Rangers so maybe I’ll get some assistance with this problem.”

An IT specialist, Webb was once hailed as an IT networking king. He taught students about networking the Internet, even giving them a tour of his then work place Duke Energy Field Services. Webb was a respected professional in his career.

But life soured after the shooting, in what he claims as an attempted murder gone wrong covered up a network of secret police. Also, according to a nearby neighbor of Webb’s, the last 4 residents (one aged 27) died in the home that he currently resides in – where the attack took place.

If this is indeed the case, and that only 7 murders occurred in Midland TX 2015-2016, this ratio to one house is extremely high.

According to Webb, police claim that he shot himself in the foot with his own shotgun while home alone.

Here are some of the many claims that Webb presents arguing this:

It also begs the question: the shotgun in question is four-foot-long – Webb is approximately 5’9” tall. Would a shot of this close proximity decimate the foot?

Webb continues to exhaust his lines of investigation, networking with locals, private investigators, posting evidence and making videos to explain and question inconsistencies.

One such video details the construction conundrums of his house, built in 1982, exposing unusually massive amounts of soil and concrete poured to extend – or hide – the original base of the house. This is in support of the underground tunnels purported to exist under the house, running to the facility where possible prostitution rings are occurring.

Several young women have disappeared from the area, including recent Zoe Campos and Emily Gutierrez, something Webb is passionate about solving.

In attempts to uncover the actuality of his own crime, and to stop further crimes, Webb posted a $2000 reward on Facebook’s Odessa/Midland Crime Watch to identify police (caught on his home security) who he believes were involved with his shooting, and possibly other crimes, hinting at child trafficking.

Instead of much needed information, he received the below warning in a private message, from a Lance Eggleston:

“We are watching you mr. Webb careful of what you post…” continuing on to say to Webb “You will be silenced! Not if but when!”

“Are their serial killers in the Fairmont Park subdivision of Midland, TX? Is [there] an underground facility where little girls are murdered for refusing to prostitute? Why don’t we see sex traffickers arrested? How many people have they murdered? How many times have they cut off the body parts of innocent crime victims? Could it be a some kind of sex cult? So many questions to ask the still secret police if we could only identify and arrest them. The answer might be found in a half block area from my home and that includes a Home Depot store, some homes and a church.”

Hell bent on uncovering the chilling coincidences of murder, police corruption and prostitution rings in Midland and surrounding locations, Buddy Wayne Webb, whether you believe him or not, refuses to remain silent.