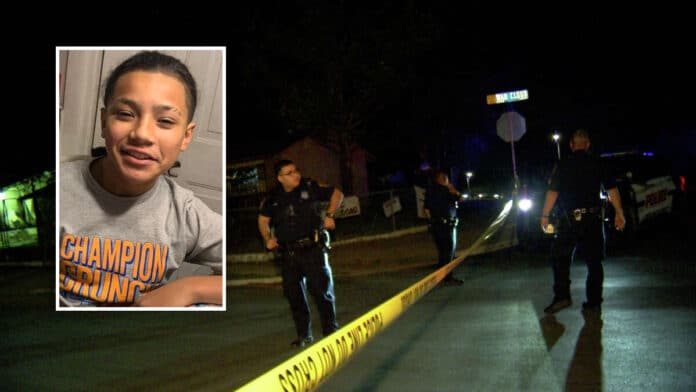 A battle of narratives is emerging in San Antonio, TX following an officer-involved shooting which left deceased 13-year-old Andre Hernandez Jr.. San Antonio police claim Hernandez attempted to injure or kill other officers with the vehicle he was driving but the family’s attorney stated no such encounter ever took place.

Neither the body camera nor the dash cam footage of the shooting, which took place earlier this month, has been released to the public. However, attorney Lee Merritt, who represents the family, says he has had an opportunity to review the footage and says from what he has been allowed to watch there was never any threat to officer safety. Admittedly, Hernandez should not have been driving the vehicle, but the San Antonio police officer Stephen Ramos apparently wasted little time taking a shot at Hernandez whom the officer reportedly claims was using his vehicle as a weapon and violently slammed his vehicle into the police vehicle, spurring him to shoot in defense of fellow officers.

After Merritt had a chance to review the footage, he says when Hernandez was being pulled over, he backed his vehicle into the driveway of a home and slowly, non-aggressively, allowed his vehicle to bump into the patrol car. Merritt remarked;

The car was not traveling more than 2 to 5 miles per hour…There was no ramming or crash, it was a bump…In less than a second, you hear a gunshot.

Merritt’s perspective stands in stark contrast to reported statements San Antonio PD made publicly about the incident. They read in part;

Hernandez exited the vehicle after being shot, was very respectful to the officers, even using responding cordially to officers using “Sir” and politely telling the officers he had “been hit”. Hernandez’ mother did not immediately know what had happened to her child when San Antonio police made contact with him.

In fact, it took five days before the police department admitted it had killed her son amid calls to police that someone in the area had been discharging a firearm. To date, no weapon was reported to have been found in the suspect’s vehicle.

If those videos are delayed by months and even years, those videos are often damning in condemning the actions of officers involved. It remains to be seen just how long it will take for the dash cam and body camera videos to be released in the shooting death of the very young teenager who was apparently going on a joy ride with his friends, hardly an executionable offense.