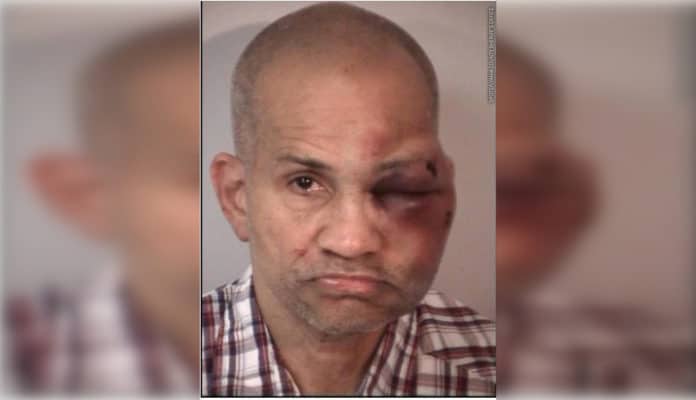 For the children (2 and 3 years old), Mark Stanley (60) was initially just the dear uncle who visited the family.

But the man from North Carolina had a perfidious plan: he wanted to sexually abuse the little siblings, was already half-naked in the nursery with no underpants.

There Stanley was caught by the family’s father. And he reacted, as almost every parent would react in such a case. He struck! Not once, not twice. He never stopped!

According to police, officials were alerted to the family’s home in Spotsylvania County, Virginia, on the morning of December 29. “When they arrived, they were presented with a chaotic picture,” says the official report on the case. An older man who was later identified as Mark Stanley had severe facial injuries. A younger man, the unnamed father of the children, was walking towards the pedophile with his gun drawn.

At the instructions of the police, he dropped the gun. The officers took the injured Mark Stanley with them. First to the hospital and then to the photo shoot at the guard!

In the course of the investigation a sinister plan got revealed: Mark Stanley had visited the family over the festive season. Stanley was stopped just because the kids’ father woke up very early that morning and looked after his kids!

When the father caught the man, who was completely undressed from the waist down, in the nursery, he asked completely disbelievingly what he was doing there. The pedophile’s reaction: he slammed the door and locked it! Not a good idea: the father opened the door and beat the man up.

The Pedophile was transported to a hospital for his injuries and later taken into custody and booked at Rappahannock Regional Jail. His charges include two counts of taking indecent liberties with a child and assault. He is being held without bond.

The children were also taken to a hospital to be evaluated for possible injuries. Their father has not been charged with any crime. The investigation is ongoing.

(CCN) The “Alaskan Avenger,” a victim of molestation and abuse as a child, is accused of vengefully attacking pedophiles with a hammer, using the online registry to find sex offenders.

According to Alfred NG of NY Daily News, using Anchorage’s public online sex offender registry to locate up to three offenders, Jason Vukovich allegedly broke into his victims’ homes and bashed in their heads with a hammer in June.

NG says, “One of his victims landed on the sex offender registry 10 years ago, after pleading no contest to attempted sexual abuse of a minor.”

“He said, ‘I’m an avenging angel, I’m going to mete out justice for the people you hurt,’” Wesley Demarest, one of the people Vukovich tracked down, told a local news station.

Police said Vukovich was arrested the same night he allegedly hammered in Demarest’s skull. Police also found a notebook with his victims’ names listed in it, with addresses he found from the registry. Vukovich, 41, is also accused of robbing the three victims after his vengeful beatings.

On the website, users can find sex offenders and child kidnappers through a database by name, zip code, and city, or through a map with details of the person’s address and photos, along with conviction dates, and employer’s information.

NG states, “the sex-offender avenger revealed he had been molested and beaten by his adoptive father when he was a child, he wrote in a letter from jail to the Anchorage Dispatch News.”

“’What I can say at this time is that after being physically and mentally abused by a predator, my life was forever changed,’ Vukovich wrote in his letter.

“He said he targeted sexual offenders in hopes of supporting children ‘in pursuit of their dreams,’ writing that kids should be able to live ‘without the threat of pedophiles lingering around them.’”

The “Avenger from Alaska” has parallels to the comic character of the “Punisher”, which also, in the name of the self-justice, brings down serious criminals with brutal methods – Here’s a trailer for the Netflix TV Show:

Vukovich plead not guilty to the charges of robbery and assault. He is being held on a $100,000 bail, and scheduled to return to court on Oct. 17. He faces up to 35 years in prison if convicted.

Watch the local report below:

This article (Man Used Internet Registry to Track down and Beat up Pedophiles and Sex Offenders) by M. David originally appeared on CounterCurrentNews.com and was used with permission. The Anti-Media radio show airs Monday through Friday @ 11pm Eastern/8pm Pacific. Help us fix our typos: [email protected].
CLICK HERE TO SUPPORT US VIA PATREON
Get Your Anonymous T-Shirt / Sweatshirt / Hoodie / Tanktop, Smartphone or Tablet Cover or Mug In Our Spreadshirt Shop! Click Here 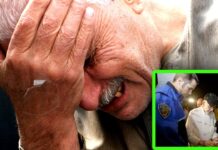