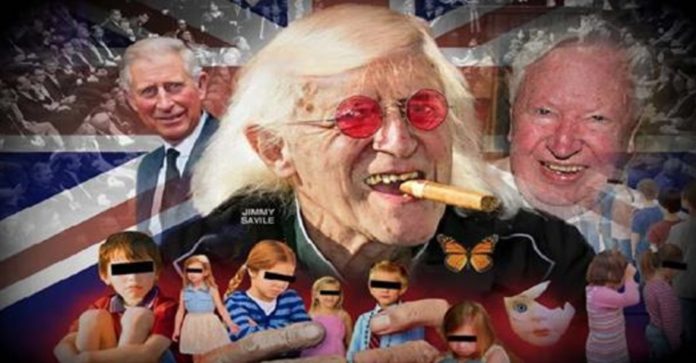 The UK’s head police chief advocated sending pedophiles to rehab instead of putting them behind bars where they belong.

Because police “cannot cope” with the “huge” influx of reports on child abuse, they now say pedophiles whose ‘only’ crime is viewing child pornography should undergo rehabilitation — instead of going to prison.

In a mere three years, child abuse reports have skyrocketed in volume by 80 percent; and, as Chief Constable Simon Bailey of the National Police Chiefs’ Council and head of Operation Hydrant, “which is investigating multiple allegations of historic sexual abuse across the UK,” the BBC reports, “knew his view would cause nervousness and draw headlines.

“But he said the numbers of reports of abuse were at ‘huge proportions’ — an NSPCC study in late 2016 used figures which suggested the number of individuals looking at such images could exceed half a million.”

Child pornography, indeed an incredibly serious crime from any standpoint, seems to have erupted in popularity — Bailey told BBC Radio 4’s Today program around 400 people each month are arrested by police working with the National Crime Agency for viewing indecent images.

“There are undoubtedly tens of thousands of men that are seeking to exploit children online with a view to meeting them,” he continued, “with a view to then raping them and performing the most awful sexual abuse upon them.

“That’s where I believe our focus has got to be. They are the individuals that pose the really significant threat.”

Bailey’s stance isn’t unfamiliar to the dark realm of child sexual abuse, but it’s exceedingly unusual for a police official of such high rank to advocate re-prioritizing criminality — particularly given the murkier crime at hand perpetuates and fuels the cycle.

Because the child abuse and exploitation is so rampant, the overwhelmed chief constable believes the imperative to target the worst pedophile offenders far outweighs the severity of the crime of viewing explicit images — despite the latter being a serious, repeat transgression against the victim.

“Every time an image is viewed, the victim is being victimised again and there is nothing as abhorrent. But we have to be able to manage the totality.”

Besides police operations, a spokesperson for the Home Office told the BBC it had allotted £20 million (over $24.8 million) to the National Crime Agency, specifically for battling child sexual exploitation on the web.

“Alongside ensuring we have a tough law enforcement response to bring offenders to justice, we are also committed to preventing offending in the first place,” the spokesperson said.

Prison terms and harsh punishment can be efficacious as deterrents, but, a spokesperson from the NPCC noted, “We cannot arrest our way out of the situation. If we are to protect more children we must make prevention and rehabilitation a priority.”

Resources across the U.K. have been stretched to the breaking point recently, after a series of high-profile cases of child abuse and sexual exploitation involving prominent figures had commandeered headlines for weeks. Such astonishing scandals might have provided public awareness and a platform for victims, but reports to police and pleas to charitable organizations for help have created an enormous backlog.

Lisa Thornhill, a senior practitioner at the Lucy Faithfull Foundation, “which works with people who have sexually harmed or fear they may harm a child,” said the center is not only full to capacity, but has had to turn away hundreds asking to be rehabilitated.

“Most people who commit these offences have some idea what they are doing is wrong,” Thornhill told the BBC. “We appeal to the brave and responsible part of those people to get in touch with us and stop, and stay stopped.”

According to the station, “Calls to the helpline are over capacity – about 800 people each month call, but about 2,500 calls are unable to be taken due to demand.”

Whether or not Bailey’s appeal to lessen the severity by default for pedophiles who view child pornography will result in a change in policy or law remains to be seen, but a furious backlash from victims and their families will almost certainly ensue now.

This article (UK Police Announce That Pedophiles Will No Longer Be Arrested As There Are Too Many) by Claire Bernish is free and open source. You have permission to republish this article under a Creative Commons license with attribution to the author and TheFreeThoughtProject.com