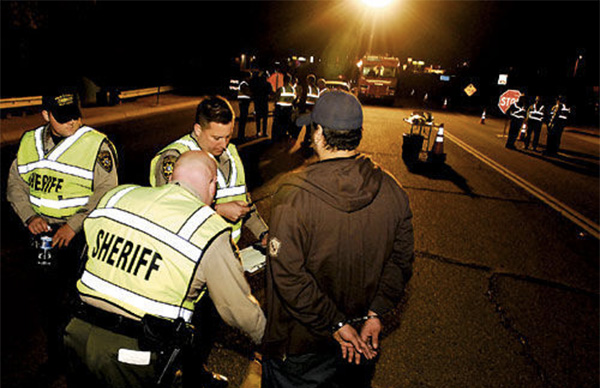 A man from Santa Monica, California, has been awarded an amount of $70,000 for being wrongfully arrested by police in 2011. During the arrest, he was subjected to severe harassment when he was asked to take a sobriety test by the officers.

Sennett Devermont, the man behind mrcheckpoint.com, alleged in a civil lawsuit filed in 2013 against the Santa Monica police officers who pulled him over for an illegal right-hand turn against a red light, that the police officers had violated his rights by arresting him out of retaliation after he refused to perform a field sobriety test. Devermont said he was motivated to go to court after he felt his rights were violated by the officers upon his arrest. Audio evidence of the incident was available to him.

Sobriety tests, also known as roadside sobriety tests, are used by police officers to enforce Driving Under the Influence (DUI) laws. Most commonly, these tests come before the more scientific Breathalyzer tests, which often never have a pleasant outcome.

The police usually perform the three-part test after a traffic stop or at a checkpoint. These tests judge your balance, physical ability and attention level. Often, police officers demand strange performances, such as reciting the alphabet backwards, for these tests. Many individuals often fail these tests due to their difficult nature. According to the Counter Current News, Devermont, who has won the $70,000, knew his rights and refused to submit to such a bizarre unconstitutional field sobriety test at a police checkpoint. He refused to comply with any of the officer’s further demands despite the officer claiming that he was required to follow their commands by law. The officers then arrested him and had his dogs sent to the pound. He was also constantly threatened by the Santa Monica Police Department. The officer who made the arrest was identified in the video as Koby Arnold, badge number 3347. Reportedly, Devermont was forced to take a blood test when he got to the Santa Monica jail. However, the test revealed that he was clean. This result concluded that he had been wrongfully arrested and harassed by the officers.

Devermont considers this win to be a big victory as it helped him prove that the police cannot take citizens for granted like that. He was quoted by SMDP as saying, “To me, it’s about being held accountable for what occurred. I spent the night in jail, my dogs were in the pound, I paid pound fees, paid to get out of jail and they took my Oxycodone, I needed that for pain for the surgery, and they destroyed that. Who’s accountable for that?”

This Article (Court Awards Man Wrongfully Subjected To Field Sobriety Test By Police $70,000) is free and open source. You have permission to republish this article under a Creative Commons license with attribution to the author and AnonHQ.com.