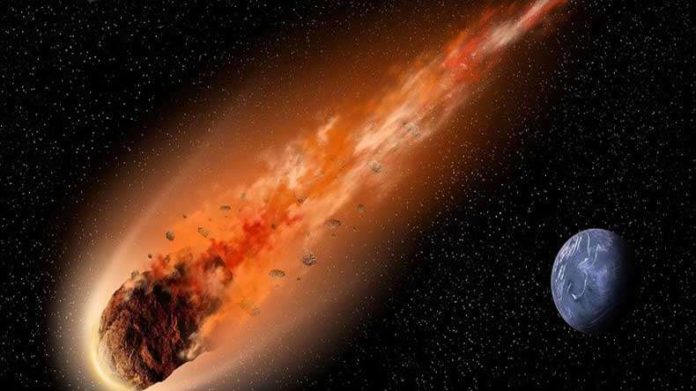 Scientists in Australia have uncovered what they say is the biggest asteroid impact area ever discovered. The 400 kilometer (250 mile) wide region is buried deep in the Earth’s crust and consists of two different impact scars.

“It would have been ‘curtains’ for many species in the world at the time,” said Dr. Glikson.

However, the team, which released its findings in the geology journal ‘Tectonophysics,’ hasn’t been able to link the event to any known annihilation. “It is a puzzle – we cannot find an extinction event that fits this crash,” said Dr. Glikson. “I’ve a feeling the impact may be older than 300 million years.”

The stones around the impact zone are about 300 to 600 million years old, however a layer of ashes that would have been thrown up by the impact hasn’t yet been found, as sediment in the stone layers form an identical interval.

“Substantial impacts such as these may have had a lot more important part in the Earth’s development than previously believed,” Dr. Glikson said.

The excavation returned bits of stone that were turned into glass by excessive temperature and pressure, consistent with a substantial impact.