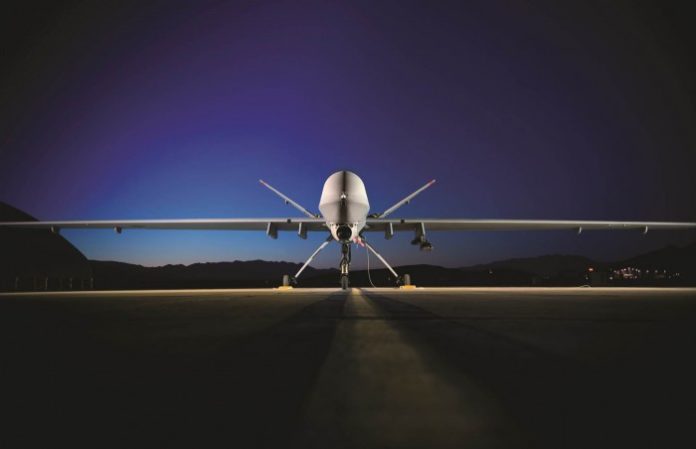 In 2001, Afghanistan was the site of the first automated air strike, and after 13 years it is still the most vigorously drone bombed nation on the planet. Yet remotely-steered operations which are covered in secret: there is more learning of the mystery US drone wars and the crusades pursued in Pakistan, Yemen and Somalia by the Central Intelligence Agency along with the baffling, the Joint Special Operations Command; than of the drone fight in Afghanistan.

Studies and figures from various different organizations show us that by November 2012, more than one thousand drone strikes occurred in Afghanistan – more than in Pakistan, Yemen, and Somalia all together. United Kingdom is the major ball player in Afghanistan’s drone wars despite having a small fleet of Reaper drones it has carried out more than three hundred plus strikes.

Yet another study by the agency demonstrates that there is no deliberate, open book keeping of how remotely guided aircrafts are being utilized as a part of the clash. The little data that is accessible comes in scraps which must be sorted. But this is what many western have to say:- Image Source: FDL – Jeremy Scahill on Drone Summit: “The “signature strikes” are anything but surgical. The idea of the signature strikes is that you can develop a pattern of life and you can study a pattern of life being engaged in by certain people in Yemen and you can determine without knowing their identity or knowing that they’ve had any connection to terrorism whatsoever that they are a terrorist – because of how they act, because of who they associate with. And that once you develop that pattern of life, you then create a very efficient pattern of death for those people, which is to bring in the drones and take them out.”

It seems that the drone strikes are hitting in areas where they are killing civilians. And what it’s doing is turning people in Yemen that might not be disposed having anything against the United States, into potential enemies that have legitimate grudge against America. We saw that repeatedly. Image Source: YouTube- Nabeel speaking at a conference saying, “Drone strikes take out a few bad guys to be sure, but they also kill a large number of innocent civilians. Given Yemen’s tribal structure, the U.S. generates roughly forty to sixty new enemies for every AQAP [al Qaeda in the Arabian Peninsula] operative killed by drones. My former colleagues are probably going to get upset with me, because the policy now is to do this.”

Given Yemen’s tribal structure, the U.S. generates roughly forty to sixty new enemies for every AQAP operative killed by drones. Open source reporting records 45 drone strikes in Yemen in 2012 and 22 so far in 2013. Reported casualties are 491 for 2012. In war, unmanned aircraft may be a necessary part of a comprehensive military strategy. In a country where we are not at war, however, drones become part of our foreign policy, dominating it altogether, to the detriment of both our security and political goals. Image Source: LA Times Blog – General Stanley McChrystal in a military craft on a round for inspection.

What scares me about drone strikes is how they are perceived around the world. The resentment created by American use of unmanned strikes … is much greater than the average American appreciates. They are hated on a visceral level, even by people who’ve never seen one or seen the effects of one.

Rather than winning the hearts and minds of Yemeni civilians, America is alienating them by killing their relatives and friends. … Certainly, there may be short-term military gains from killing militant leaders in these strikes, but they are minuscule compared with the long-term damage the drone program is causing. A new generation of leaders is spontaneously emerging in furious retaliation to attacks on their territories and tribes. 
However, the increased reliance on drones undermines our long-term interest in a stable, secure, and sustainable partner in Yemen. A growing body of research indicates that civilian casualties and material damage from drone strikes discredit the central government and engender resentment towards the United States. Where drone strikes have hit civilians, news reports and first-hand accounts increasingly indicate that affected families and villages are demonstrating and chanting against the Yemeni and US government.

The Economist, International Affairs Publication – The state of Al-Qāeda – The Unquenchable Fire:

Given the fragility of the new Yemeni government of Abdo Rabbu Mansour Hadi, an army that is split into factions and fears that civilian casualties in drone strikes are driving the local population into the arms of the jihadists, AQAP looks able to maintain its special place in Al-Qāeda. Alexander Meleagrou Hitchens, CT Expert – The International Centre for the Study of Radicalization:


Drones will always be an easy way for [organizations like Al-Qāeda] to gain anti-American support. When something like a drone strike comes crashing down in people’s front bedrooms or front rooms, that’s going to help you recruit and radicalize, absolutely.

Of 355 Americans killed by terrorism since 9/11, 80% died in Iraq or Afghanistan-wars started to prevent safe havens. http://t.co/1q1GfOjGqC

Of 355 Americans killed by terrorism since 9/11, 80% died in Iraq or Afghanistan-wars started to prevent safe havens. http://t.co/1q1GfOjGqC

The source of 50% of terror plots or attacks on US homeland, is the US itself. 21% the UK. http://t.co/1q1GfOjGqC Those are the safe havens.


There is also a strong correlation between targeted killings in Yemen since December 2009 – primarily conducted by U.S. drones – and increased anger toward the United States and sympathy or allegiance to AQAP. In 2010, the Obama administration described AQAP as “several hundred Al-Qāeda members”; two years later, it increased to “more than a thousand members.” Now, AQAP has a “few thousand members.” After a drone strike reportedly killed 13 civilians in early September, Yemeni activist Nasr Abdullah noted: “I would not be surprised if a hundred tribesmen joined the lines of Al-Qāeda as a result of the latest drone mistake.” Human Rights Watch, International NGO – Between a drone and Al-Qāeda:


Should the United States continue targeted killings in Yemen without addressing the consequences of killing civilians and taking responsibility for unlawful deaths, it risks further angering many Yemenis and handing another recruiting card to AQAP. In response to these killings, AQAP has issued statements accusing the United States of fighting a war not just against Al-Qāeda but against all Muslims. Residents have set up roadblocks and held demonstrations in which they chant anti-US slogans.