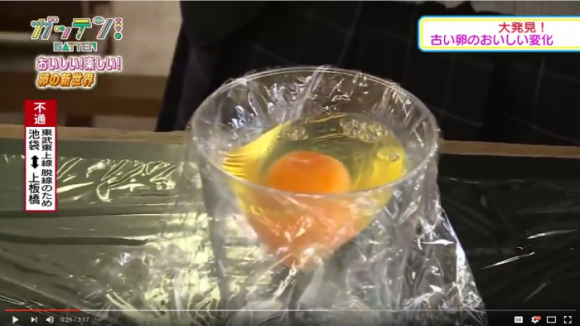 For many years now, researchers have been trying to find a way to gain access to baby chicks during their development stage. Researchers are not only interested in learning their growth process, but also believe the process can help in the study of new regenerative medicine techniques such as genetic engineering.

In previous studies, researchers at the Department of Biomedical Engineering at Tsinghua University in Beijing, China were able to create what is known as see-through eggs to observe the embryo development in eggs.

In 2014, Japanese researchers also demonstrated that hatching chicks without a shell is possible. In the Journal of Poultry Science the researchers revealed that their technique has more than 60% success rate. All these studies were theorized. But in the latest discovery, high school students in a school named Oihama High School in Chiba Prefecture, Japan, have been able to hatch a chick outside its egg for the first time in history. The results of the experiment showed massive success rate than all studies done on hatching chicks outside eggs.

The students supervised by their professor used the technique published by researchers in the Journal of Poultry Science in 2014.

Below is the video on the procedure the students followed to arrive at such a groundbreaking result.

In the video, the students cracked a store-bought egg into a sterile culture vessel, covering it in a plastic film. The egg is then artificially fertilized and placed into an incubator. After a few days, blood vessels formed and a heartbeat is detected. Then, the chick’s features start to develop inside its artificial shell, where it is protected from the bacteria and oxygen of the outside world.  At the end of the experiment, the students are seen running around, jubilating over what they have achieved. It is said the whole experimental process took less than one month. It only takes three days for the chick’s heart to start beating, and by day 21 the chick is fully developed and ready to be taken out.

A video of the experiment has since been showed on national television in Japan. The video quickly caught international attention, with researchers making frantic efforts to get in touch with the Professor who supervised the experiment.

As it stands now, the experiment can be conducted in a laboratory and a sterile environment. It cannot be done in home. Commentators have praised the experiment.  A science writer for the website Science Alert.com, Fiona Macdonald wrote that the experiment would also be really important for the conservation of endangered birds. Fiona said it would allow researchers to save chicks when their eggs have been damaged, and it could also lead to new options for bird In vitro fertilization, or even growing vulnerable species inside surrogate eggs.

On Social Media, many audience have also praised the students and the Professor who supervised the experiment for their wonderful achievement. The Facebook page of Spoon and Tamago has added an English subtitle to the video of the experiment in order to make it better understood. Spoon and Tamago is a blog about Japanese art and design. Below is the video we sourced from the page.

Hopefully, this experiment will open doors for greater things to be accomplished in the field of regenerative medicine.

This Article (Awesome: Japanese Students Successfully Hatch A Chick Outside Its Egg For The First Time [Video]) is free and open source. You have permission to republish this article under a Creative Commons license with attribution to the author and AnonHQ.com