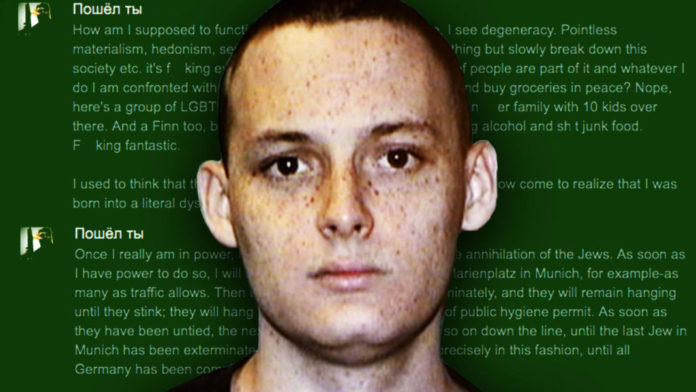 On December 7, William Edward Atchison entered the Aztec High School in Aztec, New Mexico, and fatally shot two students before killing himself. Apart from a few initial reports of the incident, the mainstream media has been nearly silent. The Daily Beast since reported that Atchison was a pro-Trump white supremacist known to the FBI since 2016.

Those at the Daily Beast analyzed dozens of posts created by Atchison at various websites. He used various usernames, detailing a half-decade of racism, hatred, and a desire to be a mass-shooter. While San Juan County Sheriff, Ken Christesen, stated it was a shame Atchison was not on their radar beforehand, the Daily Beast stated:

“And yet online, the 21-year-old New Mexico resident lived a prolific life as a white supremacist, pro-Trump meme peddler who was most known for his obsession with school shooters. For a half-decade, Atchison spent most of his days online, repeatedly posting threats of violence and cries for help.”

Atchison often frequented sites such as The Daily Stormer, EncyclopediaDramatica, YouTube, Steam, and 4chan’s /pol/ board. Usernames used were modeled after school shooters or racist tropes, accompanied with photos of Atchison pointing a gun at his web camera. There are two critical points the Daily Beast touched upon. First, they highlighted how the world of trolling can easily slip into radicalization, and ultimately mobilization. Mobilization is a term here used to describe the shift from “radicalized online rhetoric to real-life behavior”.

Many of those within the alt-right claim their online behavior is merely for the trolling and lulz. However, as we see in Atchison’s case; a mixture of violent rhetoric, mental illness and economic despair can muddy the lines between fantasy and reality.

The second point the Daily Beast made, though it may have been inadvertent, is that the levels of apathy in our society allows events such as this to transpire, as apathy enables hatred. Both Internet trolls and white-supremacists exude apathy as part of their rhetoric – it’s part of who they are.

Ironically, it was this same apathy Atchison encountered when he asked his peers for help. Three years before the Aztec High School shooting, he wrote in an online post:

“Look, I’m sorry if I’m rude and hateful or anything, but I don’t know what to do. I’ve lived no life for nearly 19 years, most of which was in the miserable ass sun-belt. Did you know New Mexico has the fourth highest suicide rate?

“Should I escape this dump or deal with it? How can I become polite and make some friends out there in the world?”

Of the 230 people who viewed Atchison’s post, no one responded.

This story is tragic for many reasons. There are many victims, none more so than Atchison’s victims  and their families. Anonymous would like to extend our condolences to the families of Francisco Fernandez and Casey Jordan Marquez.

While the mainstream media remains silent to yet another act of domestic terrorism in the United States, Anonymous’ #OpDomesticTerrorism continues in full effect. We are Anonymous.