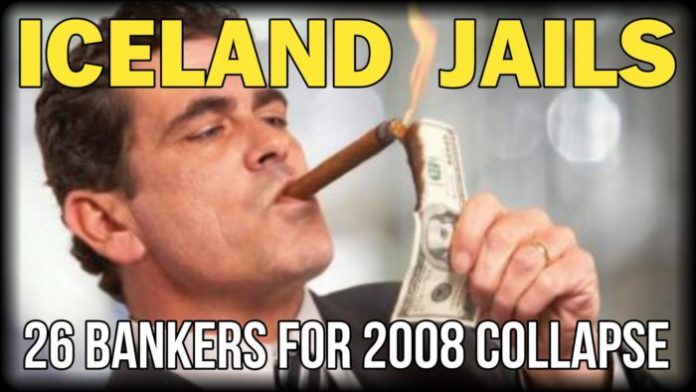 The 2008 financial crisis and meltdown occurred because the banks participated in and condoned fraudulent and risky loans that failed – dismally.

We all know how after the bankers caused this mess, they quickly turned to the federal government of the United States for an unprecedented bailout – which of course, they received.

The government immediately bought into the idea that the banks were ‘too big to fail.’ Therefore, the government fetched trillions of taxpayers’ money to save the banks. In fact, nobody can disclose the exact amounts that the government used to bail out the banks. However, according to Information Clearing House, below is a partial amount of what the government gave to the banks to save them from collapse:

When the government was giving this money to the banks, it never consulted the American taxpayers before handing the money out. According to sources, the government was acutely aware of the banks’ lying and speculating in fraudulent loans, including money laundering to drug cartels. But despite this knowledge, no bank was indicted or found guilty of any criminal charges. Although the government claimed to have fined some of the banks, it essentially amounted to nothing. The banks simply passed the fines on to their consumers. In the end, the banks were bailed out, all the while, the people suffered. First, Iceland decided that since banks speculated and made stupid loans, it wasn’t the responsibility of the taxpayers to bail out irresponsible banks for their idiocy, and therefore decided to let them crash. When Iceland arrived at their decision, all kinds of gloomy predictions were made by the so-called financial analysts. Some even claimed the economy of Iceland would never recover.

When the matter became critical, Iceland allowed its citizens – on two occasions – to decide whether the banks should be bailed out or allowed to crash. Great pressure was put on the voters by the financial sector, but citizens defied the pressure, democratically voting to let the banks fall. After this, the country went further, taking a bolder step. It decided to legally prosecute bank leaders who were responsible for the crisis. So far, Iceland has incarcerated 26 bankers for the various roles they played leading up to the crisis. They were found guilty of fraud, and will serve a total of 74 years in jail.

Indeed, when Iceland decided not to bail the bankers out, the country initially did experience economic problems as a result. But today, the country’s economy is one of the strongest in Europe. Even during the hard times, Iceland shunned austerity and maintained all social programs, allowing people to spend. This, in the end, resulted in the stimulation of the country’s economy. All the doom and gloom financial cabal prophecies against the country failed to materialize. In fact, when Iceland was holding referendums, shunning austerities, and prosecuting and jailing the bankers, the corporate media in the United States were very much aware of the situation. However, in order to protect the banking interests, they never gave prominence to the situation. This was a well-orchestrated event by the corporate media – deflecting any chance of the American citizen demanding the government act like that of Iceland’s; but if you know about Iceland, you will never demand.

The American people were never given the luxury of a democratic vote. The money was simply taken from taxpayers’ coffers and handed to the banks on the orders of the few in Washington D.C.

The American public naively believe they have a democracy in their land of the free, yet were never allowed to determine through the voting process, whether the banks be bailed out or not. Where was the true nature of democracy? Only a sham democracy, of course.

It would have been democratic to allow the people to determine the fate of the bankers. It would have been democratic if the bankers were held accountable and punished for their crimes. The small nation of Iceland offered large lessons to the ‘big’ United States – free of charge. Even so, listening to the lessons of equality before the law, and witnessing the right of the citizens to vote, never taught a lesson to the United States. The media tried to prevent the American people from knowing Iceland’s democratic actions. This is how far the United States has come in the global community… but hopefully, things may change one day…before it’s too late.

This article (Jailing The Bankers: Iceland did it, and the United States Should do it Too) is a free and open source. You have permission to republish this article under a Creative Commons license with attribution to the author and AnonHQ.com