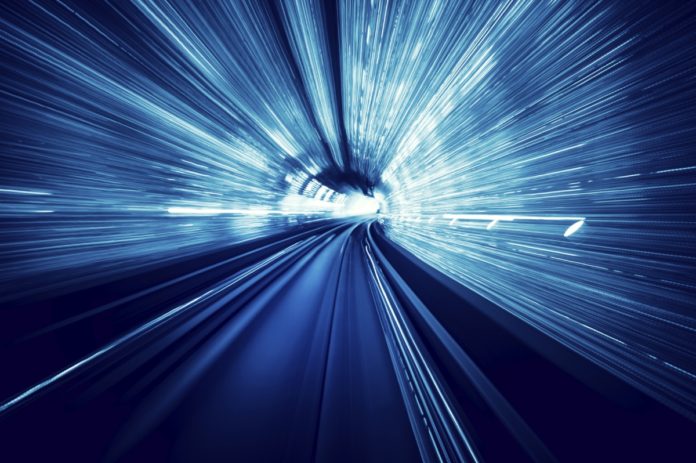 In the past, we have covered various topics about extremely fast computers, including Quantum Computers. However, the Quantum Computer does have its own flaws. We have even covered wireless Internet by utilizing the light source from a single light bulb, but that provides limited Wi-Fi range.

However, there is research now revealing extremely fast computers possessing the ability to perform at the speed of light. This new technology had taken a very important leap into the future. This new futuristic device of beam-splitting photonic chips, holds the power to open new doors towards the creation of far more advanced computers than we can see today.

A team of engineers and scientists from the University of Utah have developed an extremely compact photonic sensor. This new photonic sensor has the ability to perform a million times faster than our current technology. While the compact beam-splitter is the smallest one on record, it divides light waves into two completely separate waves, which then holds series’ of information upon each light wave.

This new technology has extreme potential to assist other researchers and engineers towards further fabrications of this silicon photonic chip, which can also compute and even shuttle data packets, not with electrons, but with light waves, instead.

With so much potential from these faster performances, this technology may have a bright future in supercomputers’ development process. This can also become a vital aspect of more specialized computers, which can detect autonomous of cars and even drones, further aiding in collision detection. And maybe, just maybe if we are lucky enough, this new technology may reach our homes for mobile computing – which can include gaming, as well as video streaming.

Photons are able to transfer packets of information over a series of fiber-optic network connections. However, once the data packets are able to reach a home, or even inside an office network, the photons must then be converted back into the form of electrons. This is so the router, and/or computer, can handle the data packets being received. During this process, everything slows down a lot. In order to aid in the elimination of such slow receiving rates, it would need to be optimized to complete the entire process of utilizing light. Using light for the entire process of sending and receiving packets can make our devices functionality speed up a million times faster than what you are using right now.

And in order to achieve such an era in which we utilize light waves for computation, the engineers have also developed an even smaller form of a polarization beam-splitter. This new beam-splitter looks like a barcode nested on top of a silicon chip. This is capable of handling the split, guiding incoming light waves onto the respective components. This team was able to successfully develop this device, which measures 2.4 by 2.4. This is approximately one-fiftieth the size of that of a human hair, which also happens to be the closest to what can be physically possible to accomplish in this form of engineering.

We can see that large major companies, such as IBM and Intel, are already in the process of creating new supercomputers using this new line of technology. However, will they still build hybrid processors in which remain only partly electronic? The engineers that are working on the beam-splitting technology are now aiming to have this working and in a line of products within 3 years’ time.

This article (Beam Splitting makes computers as fast as Light Speed) is a free and open source. You have permission to republish this article under a Creative Commons license with attribution to the author and AnonHQ.