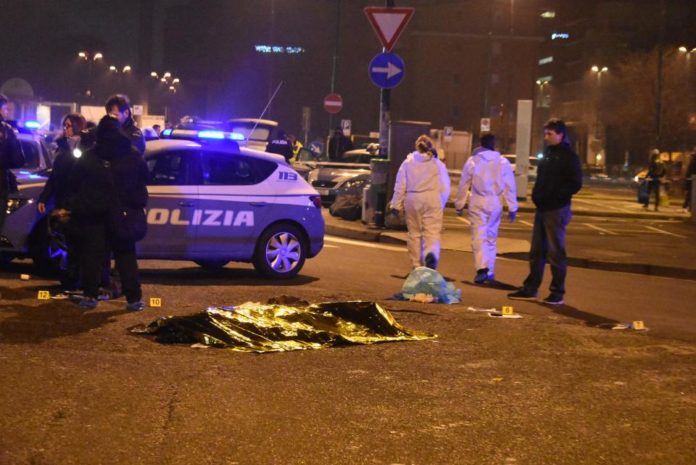 According to the police, the officers wanted to check his papers, as it was part of the routine check. Instead of pulling out the papers he pulled out a gun, and chanting words, Amri shot one of the officers in their shoulder before the other officers fired back and killed him. The officer who was shot in the shoulder is now recovering at the hospital.

Marco Minniti, the Interior Minister of Italy, stated in a press conference that the man who was shot by the police was without any doubt, Anis Amri.

He further stated that the police were performing their duty and they stopped a man who they suspected. When they asked for identification, the young man pulled out his pistol and shot the officer in the shoulder, which, naturally caused the immediate reaction of the other police officers.

However, this has finally ended for a wide manhunt for the Tunisian migrant, who was listed by the police as a man who attacked people with his lorry; there was even a reward of more than hundred thousand Euros for giving out information on him.

According to the Italian police, the man who was shot did not have any papers on him, but the forensics report along with his fingerprints confirm the man as Amri. As for the wounded officer, he was rushed to the emergency where doctors prepared him for a surgery, as the bullet had done serious damage.

The police also stated that Amri arrived in Italy six years ago, along with many Tunisian immigrants, and was kept in an Italian prison for three years for causing a fire in a residential area.

However, the so-called ISIL claims they were responsible for the attack that took place in Berlin, and as a response, Germany boosted their security measures at many train stations as well as on their borders of Poland and France.

“This manhunt, which has ended with success, doesn’t end the investigation – we have to investigate further. Unfortunately, the terror threat has not changed. It is still at high risk,” says Thomas de Maizière, a German Politician and a former Minister of Defence.

This article (Breaking News – Berlin Market Attacker Killed in Italy After a Shootout With the Police) is a free and open source. You have permission to republish this article under a Creative Commons license with attribution to the author and AnonHQ.com.