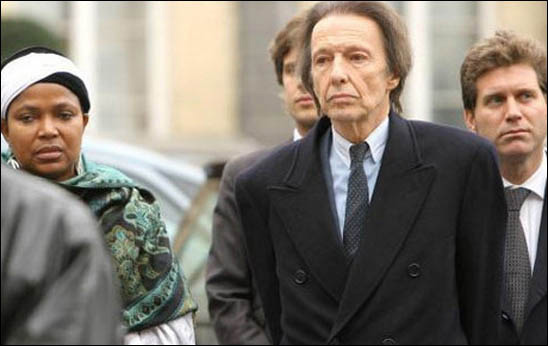 Countless explanations regarding the pedophile rings, sexual deviants in the elitist circles and the torment and abuse of children have stretched over decades. There aren’t many countries exempt from these accounts and court cases, with some of the more recent ones in Britain springing to mind.

But one website has documented article upon news article, witness statements and research, to correlate such findings in these circles in the relentless task to highlight the unscrupulous cover-ups that continue to occur. No country is left unturned: Belgium, France, the USA and UK, the Netherlands… but one stands out – a book-like research paper on the Dutroux investigation and witness accounts of snuff movies.

The Dutroux affair began in 1996, when arrests were made of several individuals who were suspected of a wave of kidnappings of young girls in Belgium. Over the course of the investigation it was claimed there were no leads, and the missing girls (ranging in age, up to 19) were never found until a newly appointed prosecutor, Michel Bourlet, was selected to investigate. However, what began as another day of investigations, became the, “biggest scandal in Belgian history.” The arrest of Dutroux and his associates led to the retrieval of two missing girls from Dutroux’s basement, but not before others had died in hideous ways that according to many, were avoidable if the police had followed a chain of obvious evidence in the previous year.

From new walls built into his basement, to video evidence in his house of Dutroux raping a 14-year-old girl (which the police returned to his wife), the initial investigation could hardly warrant the title investigation. Dutroux already had a long history of violent abuse towards women, with convictions as early as 1988 for kidnapping, torture and rape of girls between 11 and 19 years of age. His own mother even warned the police of her son’s brutality. The connections of high fliers to the Dutroux case created the suspicion for the investigation cover-ups that occurred. Michel Nihoul, was one such man linked to the disappearance of a young girl and Dutroux; who had several other clients on his list that he filled ‘orders’ for. Needless to say, after the fact, all charges were dropped against Nihoul, but not without spurning on countless other victims (who were designated an X and number to identify them, rather than name) to testify about their experiences – including the snuff movie trade they claimed existed within these circles. The account given on the webpage by Joel is lengthy but in-depth, and self-professed to have taken almost two years to research. For a case perhaps forgotten, its message is important: the MSM are starting to notice, people are starting to demand explanations… it’s important to continue our questioning, no matter how elite these monsters are.

“The power of the Dutroux affair and its X-Dossiers is that it will enable anyone to see how a state can be controlled and undermined by a cabal that is able to place its “members” in crucial positions in any investigation that might lead to its own exposure.”

This Article (Protected Child Abuse and Snuff Networks: Beyond Dutroux) is free and open source. You have permission to republish this article under a Creative Commons license with attribution to the author and AnonHQ.com.