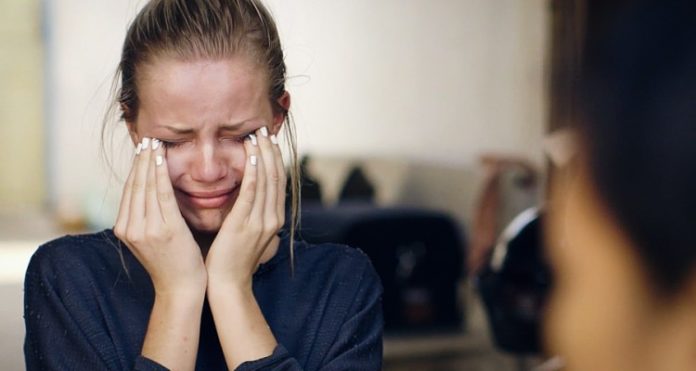 In a five part online reality series about the harsh realities of sweatshop labor in Cambodia, popular fashion blogger Anniken Jørgensen, and avid fashion consumers Frida Ottesen and Ludvig Hambro, were taken to work in the sweatshops that produce the clothes they flaunt online.

The reality series, which has been produced by Norway’s largest newspaper, Aftenposten, brought the three young fashionistas to Phnom Penh, Cambodia, to help enlighten our social media and materialistic driven world of the economic injustice that is destroying hundreds of thousands of lives. The five internet episodes of the series, which was aptly named SweatShop Deadly Fashion, follow the fashion driven bloggers through their experience in Cambodia.

According to Clean Clothes, a human-rights advocacy group, there are over 500,000 workers are working under oppressive conditions. On average, these workers earn around $100 a month after working six full days a week, an amount which is less than the daily earnings of a Westerner.

Due to this extremely low wage, many people and families are unable to buy the food they need to survive. “We were so poor that we did not even have rice,” a 19-year-old Cambodian woman explained in an interview with Jørgensen . Thousands of families and children within Cambodia suffer from malnutrition, in fact “60.4% of all childhood mortality in Cambodia,” is a result of malnutrition.

In addition, the working conditions for these people are not the only cause for concern. According to Clean Clothes, “Three to six women share just one room, not bigger than 8 square meters, often even without a window or any fresh air. No furniture, simple plastic sheets on the floor to sleep on, a toilet and portable gas stove with some pots for cooking.”

The fashion conscious trio are distraught once they experience first-hand the lives these textile workers lead. Typically, a textile workers day begins within the small bare room they call home. They then arrive at work— which is usually a neglected factory building that is not structurally sound— aware of the fact that they may never return home. To earn their $3 dollars a day wage, the workers must then work a 12- 14 hour shift, before finally returning home to concrete floor to rest. “The truth is, that we are rich because they’re poor,” says Hambro

Despite numerous efforts, these workers have been unable to improve their working conditions or receive a fair wage. “Workers were harassed, fired, or transferred to less desirable jobs for attempting to organize unions or speak out against abuses. Workers and union representatives were also subject to intimidation and physical abuse by the police and management during labor disputes,” explains Professor Kevin Kolben of the Rutgers Business School, in the Yale Human Rights and Development Journal.

In order to tie this disturbing reality back to the Western companies that are funding this horrific practice, the internet series attempted to contact H&M, a company which has openly declared their reliance on Cambodia for their production. “Everyone who’s employed by the fashion industry should earn enough to live on—whoever they are and wherever they work. Unfortunately, this is not the case in many of the countries that we rely on for garment production,” states the H&M website. However, the company refused to be interviewed by the TV series.

“Making marketing capital from workers’ poverty with little evidence of change is unethical and stands to slow down progress in the industry,”states the Clean Clothes website.

Since the filming of this enlightening internet TV series, Jørgensen has continued to blog about fashion. However, instead of just mindlessly writing about styles and items, Jørgensen has begun drawing from her experience in Cambodia and is often trying to “find clothes that can be used with good conscience,”  Jørgensen writes on her blog.

This Article (TV Series Sends Fashion Bloggers To The Sweatshops That Make Their Clothes) is free and open source. You have permission to republish this article under a Creative Commons license with attribution to the author and AnonHQ.com.