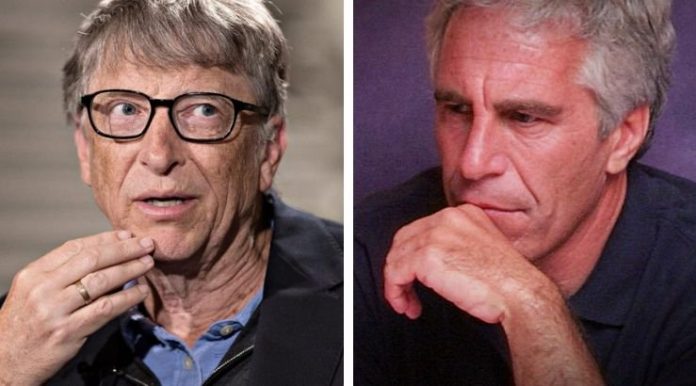 (ZH) — Former Microsoft Chairman Bill Gates may not be able to escape Epstein-gate after all, after it was revealed last week that the billionaire traveled with Jeffrey Epstein on his infamous ‘Lolita Express’ Boeing 727 in 2013 – four years after Epstein served time for pedophilia.

According to the Daily Mail, “Flight records reveal that Gates flew with Epstein from Teterboro Airport in New Jersey to Palm Beach on March 1, 2013, one of the few flights that year where pilot Larry Viskoski recorded the name of a passenger.”

If you’ve ever asked yourself “Would Bill Gates fly on a convicted pedophile’s private plane?” the answer is a resounding yes.

The pairing is an odd one given the work Melinda Gates and the couple’s foundation does for young women around the world.

And it is known that the two had spent time together previously, most notably at the annual Edge Dinner, which each year welcomes billionaires from around the world to come together and discuss advancements they are working in on the worlds of math, science and technology. –Daily Mail

What’s more, Gates’ former science adviser Boris Nikolic, a 49-year-old venture capitalist, was named as a backup executor of Epstein’s will – something he says he was “shocked” to learn.

“I was not consulted in these matters and I have no intent to fulfill these duties, whatsoever,” Nikolic told Bloomberg.

At one point Epstein claimed to be a financial adviser to Gates, however a representative for the billionaire has denied it.