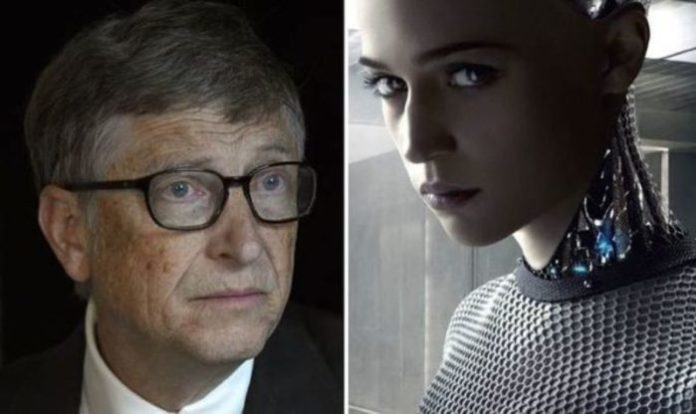 Automation is gradually replacing human labor around the world on the job market. Early this year, a study carried out by Oxford University in the United Kingdom revealed how the rapid development of Artificial Intelligence (AI) would soon put many people out of work, especially the middle classes in Western societies.

The study revealed that by the end of the next two decades, a whopping 47 percent of jobs that humans are currently doing will disappear. These jobs wouldn’t just disappear into thin air, rather, they’d be taken over by machines due to AI advancement. According to the authors of the study, not only is the entire concept of employment about to change dramatically because of the AI advancement, the trend is also irreversible. Apart from this study by the Oxford researchers, other studies and reports have also arrived at similar conclusions.

Although the AI community might be opposed to these studies and concerns, the fact remains is that what they are creating will have dire consequences on our economy. Prominent personalities who have seen the impending trouble have sounded the alarm bells. Others have gone further, offering suggestions on how we may mitigate the impending danger cast over our livelihoods. American business magnate Bill Gates is the co-founder of the tech giant, Microsoft Corporation. As somebody who made his fortune from the technology industry, many people expect him to embrace full AI development.

However, Gates has taken on a different position, and one unexpected. In 2015, Gates openly contradicted one of Microsoft’s Research chiefs, Eric Horvitz, by saying that humans should be worried about the threat posed by AI development. Horvitz had earlier said Microsoft sees nothing wrong with AI, and that around a quarter of his team’s resources are focused on AI development.

However, Gates said he didn’t understand people who weren’t troubled by the possibility that AI could grow too strong for people to control. Not only this, the control these machines may have on humans worries Gates. He is also concerned with how the new machines would soon render many people jobless.

Gates is now suggesting a comprehensive policy by governments around the world to tax every single machine that takes a job from a human being. In other words, Gates is saying that if a robot replaces a human’s job, it should be taxed at a similar level to what the human worker would be taxed by the government.

Gates told Quartz in an interview in February this year that if the business world wants to replace human labor, there should be some repercussions. According to Gates, the debate should be minimum, as it’s a no-brainer. “Right now if a human worker does you know, $50,000 worth of work in a factory, that income is taxed. If a robot comes in to do the same thing, you’d think we’d tax the robot at a similar level,” he said.

Gates elaborated, saying how corporations want to continue to make goods and services but are reluctant to make use of human labor. According to Gates, corporations want to unfairly use AI to increase their profits while ignoring the social consequences of people becoming jobless. This isn’t the first time Gates has spoken about AI and human job loss. In 2014, he spoke at The American Enterprise Institute warning how people are unaware of the amount of jobs in true jeopardy because of rapid automation and AI advancement.

Not only is Gates concerned with the recent proliferation of AI, British theoretical physicist Professor Stephen Hawking, and the American businessman, Elon Musk, with other prominent personalities in academia and the business world, have all expressed their grave concerns about the development of AI. Particularly for Professor Hawking, he believes the way humans are pursuing AI is leading the future of humanity to a precipice.

“The development of full artificial intelligence could spell the end of the human race. It would take off on its own, and re-design itself at an ever increasing rate. Humans, who are limited by slow biological evolution, couldn’t compete, and would be superseded,” Mr Hawking said about AI in 2014.

This article (Bill Gates Strongly Suggests Taxing Robots if they Replace Human Labor on the Job Market [Video]) is a free and open source. You have permission to republish this article under a Creative Commons license with attribution to the author and AnonHQ.com.