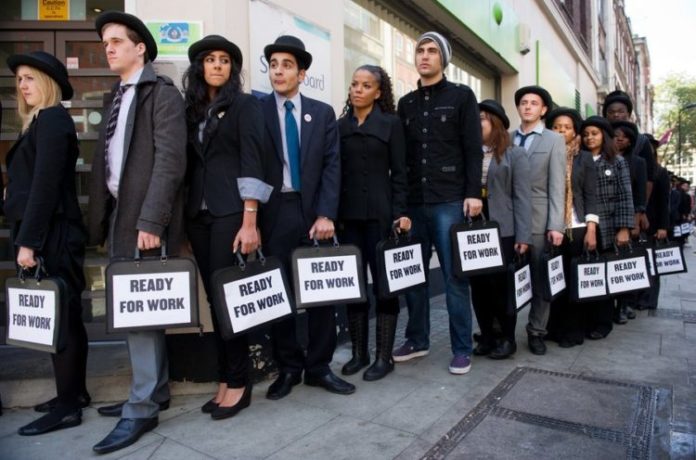 Fasten your belt. Our world is moving in a direction that will certainly have dire consequences for our future social stability.

Our soothsayer is the British Theoretical Physicist, Professor Stephen Hawking. Hawking has said in the past that because of the way humans are pursuing Artificial Intelligence (AI), the future of humanity is on a precipice.

If Professor Hawking were a religious priest in past times, his followers would probably have hailed him as a great seer. This is only because what the physicist has said in the past has started to manifest.

A study by the United Kingdom’s Oxford University is warning us of a similar impending future that will be due to the rapid technological advancement, especially in the development of AI.

The study has suggested that by the end of the next two decades, a whopping 47% jobs would have disappeared. In other words, these jobs would be taken by machines. The Oxford study primarily concentrated on the United States, but analysts have standardized it to include all developed nations. “We examine how susceptible jobs are to computerization. To assess this, we begin by implementing a novel methodology to estimate the probability of computerization for 702 detailed occupations, using a Gaussian process classifier. Based on these estimates, we examine expected impacts of future computerization on US labor market outcomes, with the primary objective of analyzing the number of jobs at risk and the relationship between an occupation’s probability of computerization, wages and educational attainment. According to our estimates, about 47 percent of total US employment is at risk,” the researchers wrote in the abstract of the study.

The study revealed that not only is the entire concept of employment about to change in a dramatic manner, the trend is irreversible. This is the dangerous part of what is happening.

Many observers and analysts have added their voice to the study. In fact, economists across the board predict similar job loss in developed countries as a result of the AI rise, robotics, and other technologies. Computers are increasingly performing complicated tasks more cheaply and effectively than human beings, with smart industrial robots quickly learning a set of human actions. Jobs relating to services are also vulnerable. Computers can already detect intruders in a closed-circuit camera picture more reliably than a human can. By comparing reams of financial or biometric data, computers can diagnose fraud or illness more accurately than any number of accountants or doctors. These rising technological changes are threatening to wipe out what looks to be the entire middle working class.

All these changes are engineered by the rise of AI. We can therefore sense what Hawking said about its development. Both blue and white collar jobs are at risk. However, in the immediate future, blue collar jobs, especially the manufacturing sector, will be heavily impacted. Already, unemployment is said to be at alarming levels in much of the developed world. In 2000, 65% of working-age people in the States were working. But since then, the proportion has fallen. The current level is estimated to be around 59%.

The most worrying part of this analysis is that it is said no government across the developed world is prepared —or even preparing— to face this imminent crisis. The governments have their heads in the sand while the fate of many working class citizens is in peril. According to the Economist, the last three decades has witnessed labor’s share of output shrinking globally from 64% to 59%. Meanwhile, as this threat looms over the working class, the elites (1%) are the ones benefiting. In the United States, the share of income going to the 1% is said to have risen from around 9% in the 1970s to 22% today. This is more than serious.

As the useless governments stand by, scratching their heads, concerned observers have stepped in to help. One of them is Bilger. He has formed a nonprofit called Working Nation, whose mission is to warn the public and to help make plans to safeguard them from this worrisome trend. The venture capitalist called on corporations, academia, government, and nonprofits to cooperate in modernizing the workforce. In a recent radio interview, Bilger suggested restructuring the entire education system in the United States. He said the education system should provide skills that workers need for available jobs.  Bilger also believes there is a need to retrain middle-aged workers so that they can participate in the economy, rather than be left behind, as is happening now.

This article (Within Two Decades, Middle Class Extinction Will Occur: Study Finds AI Will Replace 47% of Our Jobs ) is a free and open source. You have permission to republish this article under a Creative Commons license with attribution to the author and AnonHQ.com