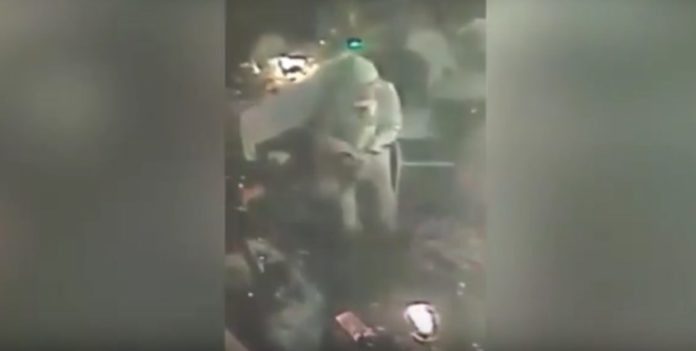 An armed gunman dressed as Santa opened fire on a New Year’s party at the Reina nightclub in Istanbul, Turkey, killing at least 35, and wounding 40 more. Istanbul Governor, Vasip Sahin, states the incident was a “terror attack,” but has not said who may have carried it out. The White House has since released a statement condemning the act and calling it a “horrific terrorist attack.” Turkish newspapers are talking about 2 terrorists in Santa Clause costumes (see video below on end of article)

The gunman, armed with a long-barreled weapon, shot and killed a policeman and civilian before entering the club and opening fire indiscriminately on party-goers. In a statement from Sahin:

“Unfortunately (he) rained bullets in a very cruel and merciless way on innocent people who were there to celebrate New Year’s and have fun.”

The assailant is reported to have entered the club at 1:45am, and police have cordoned off the area in an effort to catch the shooter. Security measures were already heightened in Istanbul, and now an addition 17,000 police officers have been placed on duty. Both Istanbul and Ankara have been targeted by attacks throughout 2016, killing more than 180.

This Article (BREAKING: Attack on Istanbul Nightclub Leaves 35 Dead) is a free and open source. You have permission to republish this article under a Creative Commons license with attribution to the author and AnonHQ.com.