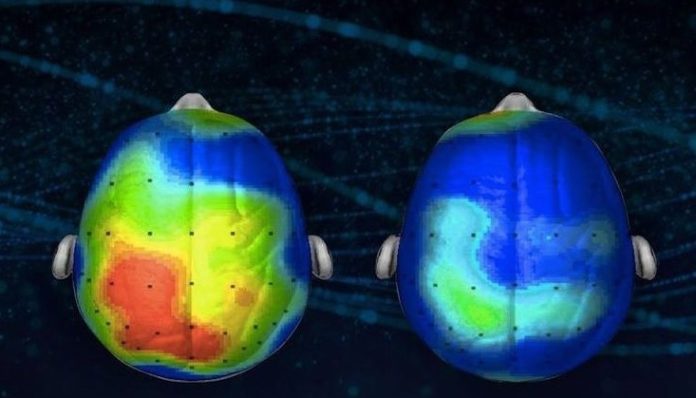 The National Institute of Mental Health estimates approximately 10% of teenagers and 40% of adults in the United States are affected by anxiety disorders, costing the country more than $42 billion a year. Psychiatrists at the University of Cambridge and the University of Hertfordshire say that over 8 million people in Britain suffer from anxiety disorders, costing the country over £10 billion a year. According to the World Health Organization, between 1990 and 2013, the number of people suffering from depression and/or anxiety worldwide increased by nearly 50%, from 416 million to 615 million.

While most anxiety disorders fill millions with dread, worry and fear, they also damage relationships, friendships and careers. Disorders such as these commonly leave people feeling tired, upset and frustrated. To top it off, only around one-third of people suffering from anxiety receive treatment. They take to psychotic drugs, cognitive therapy, meditation, yoga, and sound therapy to stay calm in the face of daily stress caused by the pressures of modern life, technology, FOMO (Fear of Missing Out), and social media.

Now, neuroscientists in the U.K. have found the most relaxing song in the world – “Weightless” by Marconi Union – that can dramatically reduce anxiety by 65%, enhance well-being, and improve health conditions. They claim listening to “Weightless” can slow heart rate, reduce blood pressure and decrease cortisol (a steroid hormone that causes stress and anxiety) levels.

Mindlab International, a market research firm, conducted a study a few years back where participants were asked to solve challenging puzzles as they listened to different songs while their stress levels (changes in heart rate, blood pressure, breathing and brain activity) were monitored via censors.

According to neuroscientist Dr. David Lewis-Hodgson, “Weightless” was 11% more relaxing than any other song, induced a 65% reduction in participants’ overall anxiety, and resulted in a 35% reduction in their usual physiological resting rates. The song is so effective it could even help insomniacs to drop off, he warns:

“The results clearly show that the track induced the greatest relaxation – higher than any of the other music tested. Brain imaging studies have shown that music works at a very deep level within the brain, stimulating not only those regions responsible for processing sound but also ones associated with emotions. In fact, Weightless was so effective, many women became drowsy and I would advise against driving while listening to the song because it could be dangerous.”

The song features guitar, piano and electronic samples of natural soundscapes. Lyz Cooper, founder of the British Academy of Sound Therapy, told The Telegraph that Marconi Union had used scientific theory and worked with sound therapists to make the world’s most relaxing song:

“Weightless contains a sustaining rhythm that starts at 60 beats per minute and gradually slows to around 50. While listening, your heart rate gradually comes to match that beat. It is important that the song is eight minutes long because it takes about five minutes for this process, known as entrainment, to occur. The fall in heart rate also leads to a fall in blood pressure.

“The harmonic intervals – or gaps between notes – have been chosen to create a feeling of euphoria and comfort. And there is no repeating melody, which allows your brain to completely switch off because you are no longer trying to predict what is coming next. Instead, there are random chimes, which help to induce a deeper sense of relaxation. The final element is the low, whooshing sounds and hums that are like Buddhist chants. High tones stimulate but these low tones put you in a trance-like state.”

Though the study took place back in 2011, the song is making the rounds online for obvious reasons: Reducing stress is more important than ever. A meta-analysis of 228 studies conducted recently by Stanford University and Harvard Business School researchers found that workplace stress — such as long hours, job insecurity and lack of work-life balance — causes more deaths than diabetes, Alzheimer’s, or influenza, and accounts for up to $190 billion in health care costs in the U.S.

However, music therapist François-Xavier Vrait is not convinced:

“When we listen to music, neurobiological changes take place in our body. The secretions of endorphin, dopamine and oxytocin cause a soothing and relaxing effect. [But] This effect differs from person to person. White noise, for example, noises of birds, and water sounds are felt differently. [So] It’s hard to say with certainty that any music is THE most relaxing when it’s tested on a sample of just 40 people. In no case, the effect of music has on us and how we perceive it, is universal.”

Are you convinced? Can a song take you from stressed to totally chilled over the course of 8 minutes and 9 seconds? Please share your views in the comments section below…

This article (Neuroscientists Discover Most Relaxing Song to Reduce Anxiety by 65%) is a free and open source. You have permission to republish this article under a Creative Commons license with attribution to the author and AnonHQ.com.