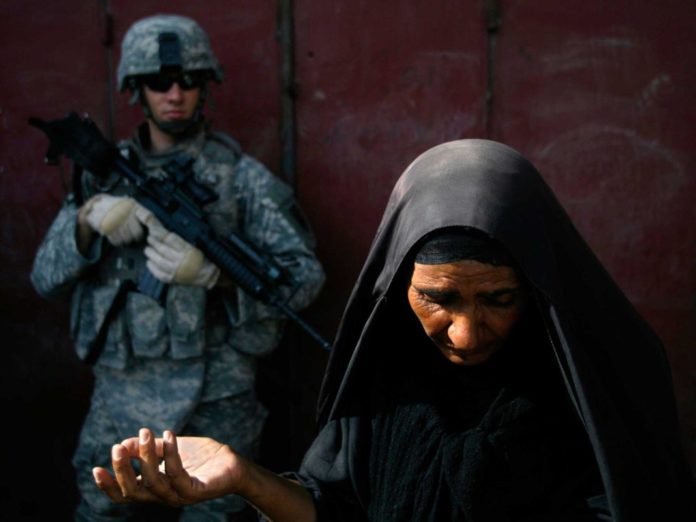 This information was published by intelligence officer John Nixon. Nixon talks about his time spent working for the CIA and with Saddam Hussein. In his book Debriefing The President: The Interrogation of Saddam Hussein, Nixon says that when he and his co-workers interrogated Hussein, their views about him and his country took a 180-degree turn. He also writes that former President George Bush blamed the agency for everything, and only heard what he wanted to hear.

Nevertheless, Nixon says that by publishing his book he isn’t implying Saddam Hussein’s innocence; Hussein did lead his people to war and countless lives were lost. On the other hand, however, if the ageing ruler was still controlling his country, Nixon implies that the countless lives of men and women in uniform would have been saved; many of them might have seen their children grow up; and there might not have been a rise of the Islamic State, a movement that goes completely against Islamic Law/Sharia. Without the Iraq war, the American government would have saved trillions of dollars for the damage caused by the United States Army in Iraq.

In his book, he describes Hussein’s interview beginning in late 2003, following the discovery of a tiny underground room in a small village in Tikrit.

Before the interview began, Nixon says he was contacted by the office to see if the real Saddam Hussein was in captivity, as the CIA director believed there were many Saddam Hussein doubles. But that was a myth, and it was, as Nixon maintains, simply an amusement for the people in the intelligence community – nothing more.

However, to entertain the CIA director at the time, Nixon checked Saddam’s body for a bullet scar on his leg, along with tattoos on his right arm.

The man who ruled Iraq was finally in a room with Nixon, and when asked about his involvement in the September 11 attacks, Hussein said he knew nothing about it (even though he knew his execution was certain either way). Hussein then went on to say that he had expected the American government to help him eliminate extremists in his country. And finally, when he was asked about the chemical weapons and weapons of mass destruction that were used, Saddam mocked his interrogator, stating that the American Government never understood Iraq, and that the Americans were the ones who brought it to its destruction.

Nixon also says that during his interrogation, he was surprised by the many things that Hussein revealed—that were obviously portrayed extremely wrong by the American intelligence community, as well as the corporate mainstream media.

For instance, the claims of Hussein’s rough childhood, suggesting his harsh step father would beat an evil Hussein who wanted to get nuclear weapons, was contradicted. In fact, when questioned on his step father, Hussein replied that he was the kindest and the nicest man he had ever known.

Nixon hints that the intelligence gathered by the CIA was unveiled as useless. Nixon also stated that the Americans knew Hussein ruled his nation with an iron grip, but during the interrogation, Hussein seemed clueless about what was happening in his country. He was getting old and didn’t know anything about what his government was up to.

Nevertheless, during his interrogation, he did say that the American people were going to find out how difficult it is to govern Iraq – a country that the western people are not aware of; the mindset or anything.

In 2006, John Nixon was called to debrief George Bush. Nixon says that once he was done with his debriefing, the president joked by saying, “You sure Saddam didn’t say where he put those vials of anthrax?” To which everyone around him laughed. However, Nixon says that he found the joke unkind; since America alone has lost more than 4000 ‘documented’ troops, let alone those of other nations and Iraq itself.

Source: The Free Thought Project, The Independent, The Daily Mail

This article (CIA Agent Who Interrogated Saddam Hussein Says America Got It WRONG) is a free and open source. You have permission to republish this article under a Creative Commons license with attribution to the author and AnonHQ.com.