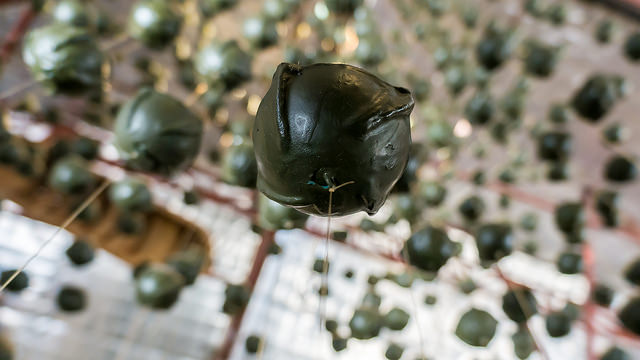 It has been discovered that cluster bombs made in the UK and sold to Saudi Arabia in the late 1980’s, were used by Saudi-led forces in the conflict in Yemen.

Confirmation has been made that between 1986 and 1989, 500 BL-755 cluster munitions were delivered to Saudi Arabia from the UK. Last month, Defence Secretary Sir Michael Fallon confirmed that cluster munitions had been dropped in the conflict between December 2015 and January 2016.

In 2010, the UK signed the Oslo treaty banning cluster munitions, a weapon which is designed to release small bomblets over a wide area. The small bomblets, in some cases, do not always explode on impact, endangering the lives of civilians.

Following an internal Saudi investigation conducted in conference with the UK, Saudi Arabia has come to the decision that it will no longer use the UK-manufactured cluster bombs. Confirmation on the destruction of the bombs has yet to be disclosed.

Both the UK and US are currently supporting the Saudis against the Houthi militia, a religious-political movement that is aligned with Iran. In December, the US suspended arms sales planned for Saudi Arabia. Meanwhile, UK Prime Minister Theresa May rejected a call for the UK to stop arms sales to Saudi Arabia, the country’s biggest market for weapons sales.

Ahmed Asiri, a spokesman for the Saudi-led coalition fighting in Yemen, defended the use of the cluster bombs, explaining in a press release published in Al Arabiya newspaper, “It has become apparent that there was limited use by the Coalition of the UK-manufactured BL-755 cluster munition in Yemen.

“This munition was used against legitimate military targets to defend Saudi towns and villages against continuous attacks by Houthi militia, which resulted in Saudi civilian casualties.”

Meanwhile, following an application by Campaign Against Arms Trade, a UK-based organisation working to end the international arms trade, the High Court is scheduled to hear the judicial review into whether British arms exports to Saudi Arabia breach international law. The review is set to take place between February 7 and 9.

“The use of UK cluster bombs by Saudi Arabia is characteristic of a brutal war and a brutal regime. If Saudi forces are prepared to use cluster bombs, then why is the UK continuing to arm and support the regime?” said Andrew Smith, a spokesman for the Campaign Against Arms Trade.

“Once a weapon has left these shores, there’s little if any control over where and when it will be used and who it will be used against. The UK must act now to stop the arms sales and to end its complicity in the humanitarian catastrophe that has been unleashed on the Yemeni people.”

Since March 2015, which marked the beginning of the Saudi campaign, reports came in that Saudi forces have hit schools, hospitals, wedding parties and food factories during their pursuit of Houthi rebels in the country.

This article (Britain Confirms UK-Made Cluster Bombs Used by Saudi-led Forces in Yemen) is a free and open source. You have permission to republish this article under a Creative Commons license with attribution to the author and AnonHQ.com.