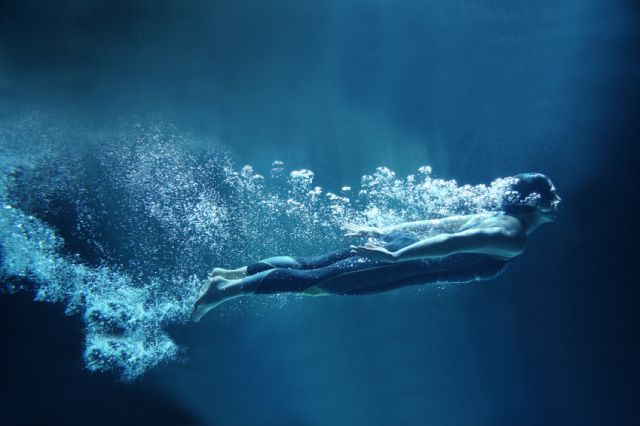 This is a great piece of news for scuba divers, swimmers, as well as non-swimmers – basically anyone who wants to go underwater, stay submerged and breathe as a fish. Scientists from the University of Southern Denmark and the University of Sydney, recently developed an oxygen absorbing crystal, Aquaman Crystal, or “[{(bpbp)Co2II(NO3)}2(NH2bdc)](NO3)2 * 2H2O” capable of pulling oxygen out of both air and water. The crystalline material can bind and store oxygen in high concentrations. The stored oxygen can be released again when and where it is needed.

The study, by Professor Christine McKenzie and Jonas Sundberg, showed that approximately 10 liters of microscopic crystal grains, could be enough to completely suck the oxygen out of a room.

“This could be valuable for lung patients who today must carry heavy oxygen tanks with them. But also divers may one day be able to leave the oxygen tanks at home and instead get oxygen from this material as it “filters” and concentrates oxygen from surrounding air or water. A few grains contain enough oxygen for one breath, and as the material can absorb oxygen from the water around the diver and supply the diver with it, the diver will not need to bring more than these few grains,” McKenzie said.

When the crystalline-made material, obtained by using x-ray diffraction, is saturated with oxygen, it behaves like an oxygen tank containing three times more oxygen than regular tanks.

“An important aspect of this new material is that it does not react irreversibly with oxygen – even though it absorbs oxygen in a so-called selective chemisorptive process. The material is both a sensor, and a container for oxygen – we can use it to bind, store and transport oxygen – like a solid artificial haemoglobin. It is also interesting that the material can absorb and release oxygen many times without losing the ability. It is like dipping a sponge in water, squeezing the water out of it and repeating the process over and over again,” she added.

The new material uses the element cobalt, bound in an organic molecule. “Cobalt gives the new material precisely the molecular and electronic structure that enables it to absorb oxygen from its surroundings. Small amounts of metals are essential for the absorption of oxygen, so actually it is not entirely surprising to see this effect in our new material,” she explained.

The material has been dubbed the Aquaman crystal, after the DC comic book character who can breathe underwater.