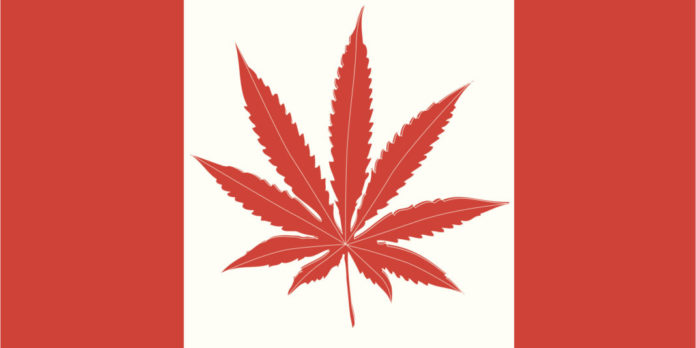 CANADA – Unbeknownst to many people, a Task Force was created in mid-2016 with the single mandate of “taking a public health approach to providing recommendations on the design of a new legislative and regulatory framework for the legalization and regulation of recreational cannabis in Canada.”

Yes. Canada is set to legalize the use of cannabis and recommendations will be tabled in Canadian Parliament this spring.

On Dec. 13, 2016, The Task Force on Cannabis Legalization and Regulation published their findings in a report, A Framework for the Legalization and Regulation of Cannabis in Canada. “The Report” as it has come to be known, contains recommendations for the Federal Government on how to best approach the regulation of cannabis recreational use in Canada; to be considered during the current drafting of legislations that encompass its legalization.

Eighty recommendations have been provided in the report, including legal age limits to be set at 18; personal cultivation of plants set a four per residence; plain packaging – similar to that of tobacco; and the shop fronts/retail distribution.

The Report’s backbone of the regulation and production of cannabis within Canada is to be modelled on “the current medical cannabis regime in respect of good manufacturing standards” and has been welcomed by the medical cannabis producers.

The Task Force Chair during the announcement of the publication of The Report, the Honourable Anne McLellan, a politician and law professor, expressed her hope for current illegal producers to come under the legal regime. This would be achieved through producers making their application to become a legally, federally-regulated and licensed producer.

It’s important to note that although this is a precedent that will establish further fights to legalize cannabis in other nations, The Report acknowledges that there is still a long process in research and establishing Federal law on the matter in Canada. Nonetheless, the Federal Government is approaching this matter in a well thought out and unbiased manner.

The complexity of the matter however is to be tabled in the spring, and the possibility of law enacted will occur in 2018 to 2019, nearing the next federal election.

Some of The Report’s recommendations can be found below or in more detail here.

The packaging ought to be plain and clear and include only minimal information on the labels, including price, company name, strain, and levels of delta-9-tetrahydrocannabinol (“THC”) and cannabidiol;

The recommended minimum age for purchasing cannabis be set at 18;

Because the provinces and territories will have power over the distribution and sale of cannabis, like they do over alcohol and tobacco, each province and territory will be free to increase the minimum age above 18;

Any promotion or marketing that is allowed should be restricted in a similar fashion as with tobacco, alcohol and pharmaceutical products. The Report also speaks to restrictions on sponsorship, branding and endorsement, which is an avenue certain licensed producers under the medical cannabis regime have already started to explore in anticipation of the recreational market;

The regulation of the distribution of cannabis and its derivative products should be shared between provinces and territories, and municipalities;

Access via both retail distribution and mail-order system should be allowed;

Where possible, no co-location of alcohol and cannabis should be permitted but when co-location cannot be avoided, appropriate safeguards must be put in place;

There ought to be limits on the density and location of storefronts, including an appropriate distance from schools, community centres and public parks.

This article (Canada is Set to Legalize the Personal Use of Cannabis) is a free and open source. You have permission to republish this article under a Creative Commons license with attribution to the author AnonWatcher and AnonHQ.com.