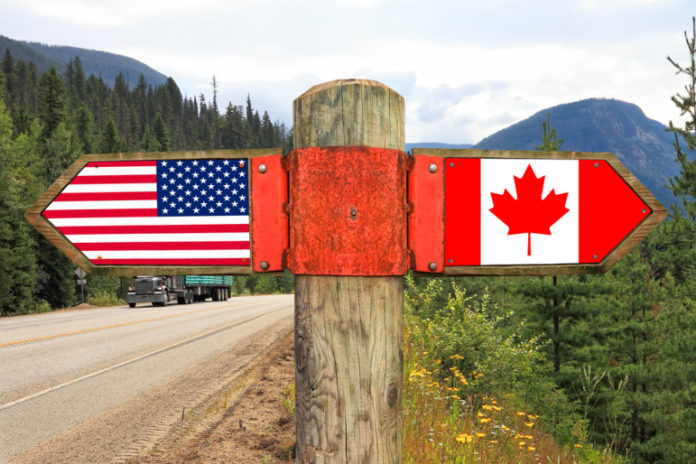 In the midst of Donald Trump’s incredible upset Tuesday night, one web trend portended a possible exodus of American citizens to Canada. The official website for ‘Citizenship and Immigration Canada’ (www.cic.gc.ca), which provides instructions on how to become a Canadian citizen, crashed early in the evening as a Trump victory began to look likely. In the early morning hours, a 500 internal error remained, most likely as the result of heavy traffic overloading the site.

Users reported that some pages on the website worked while others did not. The Canadian government has not yet issued an official comment.

The country, which in recent years has openly welcomed immigrants from around the world — including Syrian refugees — tweeted a vague comment early in the evening before a Trump victory was imminent.

In Canada, immigrants are encouraged to bring their cultural traditions with them and share them with their fellow citizens. pic.twitter.com/MOuStZbSX7

Canada saw similar interest from Brits shocked by their country’s decision to exit the European Union after the Brexit vote. Now, anxiety over Trump’s immigration policies, combined with an impassioned opposition among both liberals and independents, could fuel an unprecedented rush of applications for Canadian citizenship in the United States.

This article (Canada’s Immigration Website Crashed as Too Many Americans Look to Flee Trump) is free and open source. You have permission to republish this article under a Creative Commons license with attribution to Jake Andersonand theAntiMedia.org. Anti-Media Radio airs weeknights at 11pm Eastern/8pm Pacific. If you spot a typo, email[email protected].