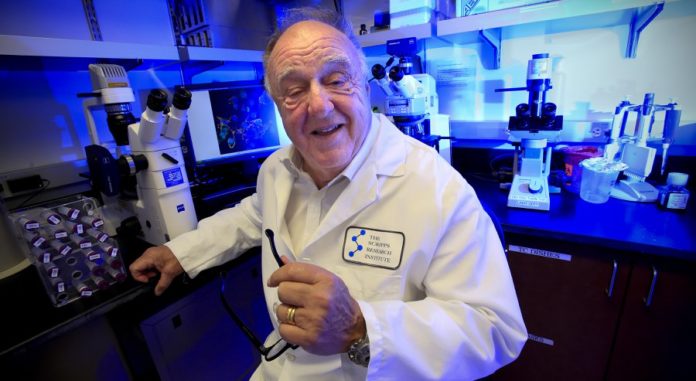 Current treatments for cancer come with severe side-effects, so much so that patients choose to avoid the treatments (which do not guarantee a lasting cure, and can even cause other kinds of cancer) entirely. Treatments cause irreparable harm to healthy cells around the cancerous ones- a case of the cure being nearly as bad as the illness.

New research however by scientists at the Scripps Research Institute may have revealed a different route- by sheer accident.

While working on therapies for immune cell or blood factor deficiencies, they observed some strange effects of antibodies, proteins used by the immune system to identify and neutralize pathogens such as bacteria and viruses, on marrow cells.

They were looking for antibodies that would activate the growth-factor receptors on immature bone marrow cells, causing them to mature into specific blood cell types.

However, the effect of the antibodies were unexpected; some caused marrow cells to mature into cells that were completely different from blood cells, such as neural cells.

The researchers tested 20 discovered receptor-activating antibodies on acute myeloid leukemia (cancer of the bone marrow and blood, which if untreated can cause cancers to pop up everywhere else) cells extracted from human subjects.

One of the antibodies worked.

Myeloid leukemia cells often have a specific receptor, known as a thrombopoietin receptor, that responds to the antibody.

Cancerous cells were thus changed into helpful cells… but the research team pressed on and found that exposing the dendritic cells to the antibodies further matured them into Natural Killer cells- the body’s rapid immune defense system which attacks harmful viruses, diseases and even tumors that do not normally get identified as threats by other types of immune cells.

The news gets better: these reformed bad boys possessed a peculiar penchant for targeting and eliminating other nearby leukemia cells- its former family. In just 24 hours, these guys managed to eliminate 15% of the surrounding leukemic cells.

Unfortunately, these cells are a sort of a targeted weapon; they only choose to destroy leukemic cancer cells related to themselves- breast cancer cells were ignored when placed together with the Natural Killers. It is unknown why this is so (Perhaps the cells knew the personal details of their former friends?), but the scientists believe that yet other antibodies could trigger the conversion of other cancerous cells into murderous double agents.

Researchers have named this sort of therapy after the fratricidal nature of the Natural Killer cells, “fratricidins.” They believe that this treatment would have several advantages over conventional treatments, one being that the targeted nature of the Natural Killer cells would allow only cancerous cells to be executed with extreme prejudice- civilian, I mean healthy cells will not become collateral damage.

The second advantage is that every cancer cell could be turned into a healthy cell, completely eradicating the cancerous population- something which even chemotherapy cannot guarantee, as anyone who has a loved one whose cancer goes into remission understands- cancer is never pronounced “cured”.

“It’s a totally new approach to cancer, and we’re working to test it in human patients as soon as possible,” Richard A. Lerner, institute professor and the Lita Annenberg Hazen professor of Immunochemistry at TSRI and senior investigator (pictured at the top), said. “We’re in discussions with pharmaceutical companies to take this straight into humans after the appropriate preclinical toxicity studies.”

This Article (Cancer Cells Reformed, Made To Kill Each Other ) is free and open source. You have permission to republish this article under a Creative Commons license with attribution to the author(CoNN) and AnonHQ.com.

Oxford Scientist Explains Why Starting Work, School before 10 AM is Torture