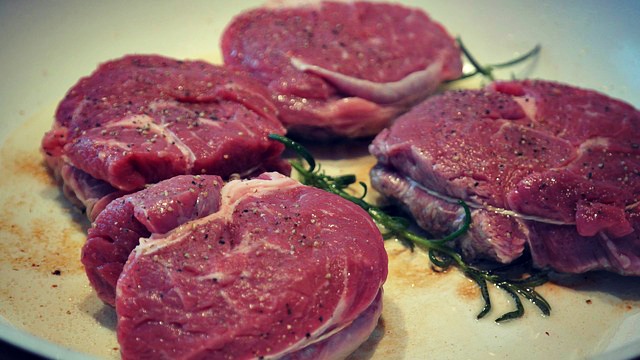 If red meat is determined to be “possibly carcinogenic,” it will be in the same classification as cigarettes, alcohol, and asbestos and will be ranked only slightly less hazardous than preserved meats.

In what will most certainly be a huge blow to the meat industry, the World Health Organization (WHO) is reportedly planning to classify red meat, bacon, sausages and other processed meats as “probably carcinogenic to humans.”

Backyard functions will be transformed as consumers grill marinated mushroom caps and fish instead of steak and beef burgers, but the change is needed. Health risks associated with consumption of red meat include shorter lifespans, heart disease, and various kinds of cancer. In addition, in 2014, the IARC cited studies linking red and processed meats to colorectal, esophageal, lung, and pancreatic cancer, and called determining the connection a “high priority.” Since then, the organization has been collecting information to make their final determination.

Scientists from 10 nations recently convened to review all available evidence, and will release the WHO’s official decision on Monday.

If red meat is determined to be “probably carcinogenic,” it will be in the same classification as cigarettes, alcohol, and asbestos and will be ranked only slightly less hazardous than preserved meats.

While this, of course, is a frustrating move for those in the meat industry, there is plenty of evidence suggesting that red meat is far more harmful to one’s health than helpful.

For example, a study published by Harvard Medical School determined that cutting out or reducing red meat consumption can help prolong your life by up to 20%. Published in the Archives of Internal Medicine, the study found unequivocally that people who ate the most red meat (especially processed red meats) died younger, and most often from cardiovascular diseases and cancer.

If that’s not enough to turn you off the hoof, perhaps  that World Cancer Research Fund’s finding that “There is strong evidence that eating a lot of these foods [red and processed meat] increases your risk of bowel cancer” is. In fact, many experts suggest that at least half of all modern-day diseases of affluence could be prevented by adopting a healthier diet and lifestyle. Cutting out red meat sourced from cows injected with hormones, raised in feedlots, and fed genetically modified grain is a great first step.

After the WHO warned last year that eating too many sweets is bad for one’s health, the sales of sugar fell dramatically. You can bet, then, that if red meat is classified as “probably carcinogenic,” the industry will definitely suffer. Meat producers will do their best to persuade the public otherwise, however. Betsy Booren, vice president at the North American Meat Institute, recently stated at a conference:

“If they determine that red and processed meat causes cancer—and I think that they will—that moniker will stick around for years. It could take decades and billions of dollars to change that.”

This article (WHO Likely To Classify Red Meat As “Probably Carcinogenic”) is free and open source. You have permission to republish this article under a Creative Commons license with attribution to the author and TrueActivist.com