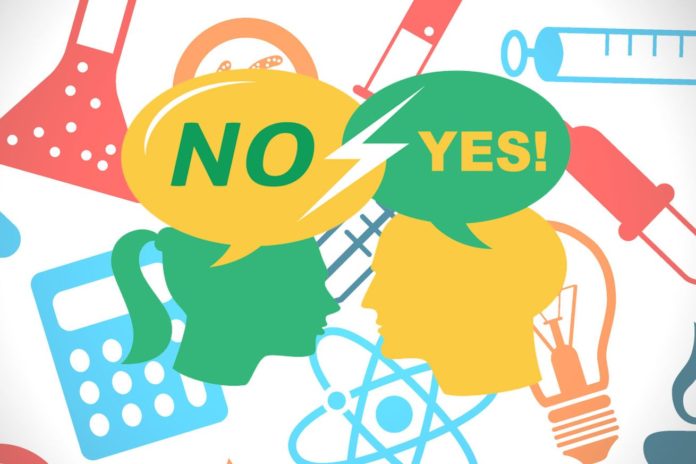 Men aren’t from Mars and women aren’t from Venus, but according to a research conducted at University of Pennsylvania Medical School their brains are definitely wired differently. That perhaps explains why there are wide differences of opinion between men and women on a number of science-related topics.

According to Pew Research Center’s recent study on public views of scientific matters in the United States, men support genetically modified foods more than women. Men (66%) are also more inclined to say astronauts are essential in the future of the U.S. space program than women (52%), the study discovered. Men and women are largely at odds over animal research; a 60% majority of men favor the use of animals in scientific research, while a 62% majority of women oppose it, the study found.

On average, men are more inclined than women to favor building more nuclear power plants, to allow more offshore oil drilling and to increasing the use of hydraulic fracturing techniques to extract oil and gas. These differences are statistically significant even when controlling for political party and other factors. Holding all else equal, women also are more likely than men to say the Earth is warming (whether due to human activity or through natural processes). Do men and women hold similar views on any science-related topics? They do, so it seems. There are no gender differences on government funding issues related to science and engineering, as well as issues related to:

Before you draw any conclusion based on Pew’s findings, here is something to chew on: it’s not just men and women who differ on scientific issues. What do you think of the research and its outcome? Please share your thoughts in the comment section below:

This article (This Chart Shows the Extent to Which Men and Women are at Odds Over Scientific Matters) is a free and open source. You have permission to republish this article under a Creative Commons license with attribution to the author and AnonHQ.com.