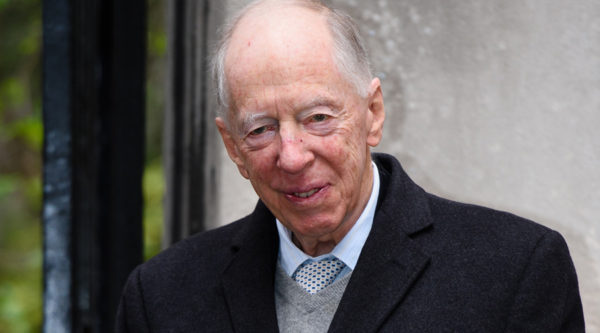 The uncertainty of the global economy, which is mostly led by powerful countries in the West, has prompted concerns from many financial analysts.

When the United Kingdom voted to leave the European Union in June 2016, the global financial market experienced fluctuations. Some even predicted that it was the beginning of the end for the people of the United Kingdom. Since the Brexit crisis, the majority of people without the financial eye believe things have returned to normal. However, that is not the case. In fact, the future of the global financial market looks gloom. It is unpredictable and unstable. Finally, a member of the Rothschild banking family has openly voiced his opinion on the current state, as well as the future of the global financial market. Many Conspiracy Theorists believe the Rothschild banking family is behind catastrophic events in the world, such as wars between nations in order to make profit from those calamities. It is said the family has significant influence on some of the powerful world’s central banks, including the United States.

According to a prominent member of the family, Lord Nathaniel Charles Jacob Rothschild, also known as the 4th Baron Rothschild, low interest rates, negative yields on government debt and quantitative easing currently happening in the West, are part of the biggest financial experiment in world history. Lord Jacob Rothschild is a British citizen. He is the chairman of the Rothschild Investment Trust Capital Partners. He said the consequences of what are currently unfolding in the global financial market are unknown. Writing in his company’s semi-annual financial report at the end of June 2016, Lord Jacob Rothschild stated: “The six months under review have seen central bankers continuing what is surely the greatest experiment in monetary policy in the history of the world. We are therefore in uncharted waters and it is impossible to predict the unintended consequences of very low interest rates, with some 30 percent of global government debt at negative yields, combined with quantitative easing on a massive scale.”

The investment banker, estimated to have a net worth about $5 billion, further said this experiment policy by central banks has led to a rapid growth of stock markets, especially in the United States. According to financial experts, since 2008, United States stocks have grown threefold, with investments growing and volatility remaining low.

The greatest monetary experiment in history.

But despite this deliberate manipulation by United States Federal Reserve officials, Jacob Rothschild revealed that the real sector of economy didn’t enjoy such a profit. He said growth remains weak.

Lord Jacob Rothschild also stated that there is weak demand and deflation in many parts of the Developed World. To authenticate the claim by the investment banker that some countries in the Developed World are indeed battling with deflation, according to a Bank of America Merrill Lynch report in June 2016, interest rates in the West, especially the United States, is at its lowest level in 5,000 years. The current Federal interest rate of the United States stands at 0.500 %. In the United Kingdom, it is 0.250%.

Interest rates are the lowest in 5000 years! One strong reason to be a net net investor. pic.twitter.com/99M6cd0XJl

Furthermore, in the battle against deflation, countries such as Sweden, Switzerland and Japan have even turned to negative key lending rates.

Another disaster in waiting on the global financial market is the current negative yields on government bonds. In June 2016, it was reported that a 10-year German government bond dipped below 0% for the first time in history.

This prompted Janus Capital, an investment group, to estimate that the global yields are the lowest in 500 years, and that the total amount of such bonds is $10 trillion. The investment group’s lead portfolio manager, Bill Gross described the situation as a supernova that will explode one day.

Gross: Global yields lowest in 500 years of recorded history. $10 trillion of neg. rate bonds. This is a supernova that will explode one day

However, Lord Jacob Rothschild underlined that many risks remain for the global economy with the deteriorating geopolitical situation. Among those risks the billionaire listed included Brexit, the upcoming presidential elections in the United States, and China’s slowing economic growth. He also pointed out the rise in global terrorism, emphasizing the continuing conflict in the Middle East, especially the rise of the so-called Islamic State of Iraq and Syria.

Even before this statement by Lord Rothschild, many observers had said the crash of the global financial market is imminent, due to the constant manipulation of the sector.

This article (Bombshell: Lord Rothschild Reveals World is Currently Witnessing the Greatest Monetary Policy Experiment in History) is a free and open source. You have permission to republish this article under a Creative Commons license with attribution to the author and AnonHQ.com.