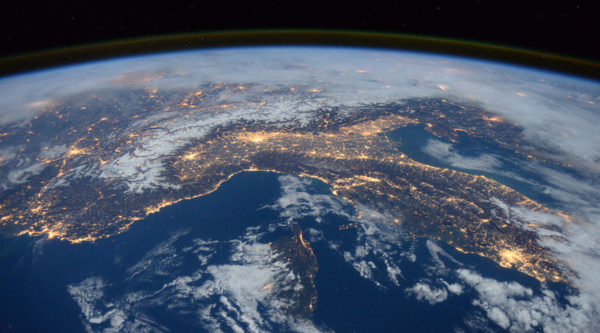 The German investigative weekly news magazine, Der Spiegel has revealed that researchers at the European Southern Observatory (ESO) have discovered a new Earth-like planet with water.

The ESO is a 16-nation intergovernmental research organization for ground-based astronomy. It was founded in 1962 to provided astronomers with state-of-the-art research facilities and access to the southern sky. Although ESO is headquartered in Germany, its telescopes and observatories are in northern Chile, where the organization operates advanced ground-based astronomical facilities. This current Earth-like planet discovery was made by the telescopes in Chile. Der Spiegel published the story on the discovery of the planet on August 12, 2016. According to Der Spiegel, the newly discovered planet orbits the small Proxima Centauri star, which other than the sun is the closest star to Earth, located only 4.25 light years away. Light years is a unit of length used informally to express astronomical distances. One light year is approximately 9 trillion kilometres.

Space.com reports that Proxima Centauri is a red dwarf, a star much smaller and cooler than the sun. It is said about three-quarters of all stars in the Milky Way galaxy are red dwarfs.

The new planet is said to be located in the “Goldilocks zone” or “habitable zone,” meaning it orbits the star at a distance favorable to having liquid water on the surface, which is vital for supporting life. It is said features of the new planet suggest that life is very possible.

The source at the ESO reportedly told Der Spiegel that the researchers who discovered the planet are shocked at their discovery, and that the shock is contributing to the delay of the announcement of the planet to the public.

The unnamed source was quoted as saying: “Never before have scientists discovered a second Earth that is so close by.”

However, when the news of the discovery was broke by Der Spiegel, some media outlets contacted the ESO to determine the veracity of the story. Surprisingly, ESO officials could not confirm or refute the story. “We were surprised to see the article in Der Spiegel and do not know the source. ESO has no further comment to make at present,” ESO spokesman, Richard Hook told Space.com on the story.

The statement from ESO has led some observers to believe the new planet has indeed been discovered. The revelation made by Der Spiegel, that life is possible on the newly discovered planet, has brought back the old debate about a possible existence of life on other planets apart from the Earth. Some people even say it is possible that the newly discovered planet belongs to aliens, fueling the debate about alien life and their possible mission to Earth.

The RT English News reports that if the discovery of the planet is true, it will come just over a year after the American National Aeronautics and Space Administration (NASA) discovered two other exoplanets outside the solar system – Kepler-452b and HD 219134b.

Both planets discovered by NASA were found to be in habitable zones, with Kepler-452b located around 1,400 light years away, while HD 219134b is 21 light-years from the Earth.

According to space scientists, to date, astronomers have discovered more than 3,200 confirmed alien planets, with NASA’s Kepler space telescope responsible for about two-thirds of the finds. Researchers say Kepler’s work suggests that on average, every star in the Milky Way hosts at least one planet.

This article (European Astronomers discover New Earth-Like Planet with Water, Some Suspect it Might Belong to Aliens) is a free and open source. You have permission to republish this article under a Creative Commons license with attribution to the author and AnonHQ.com.