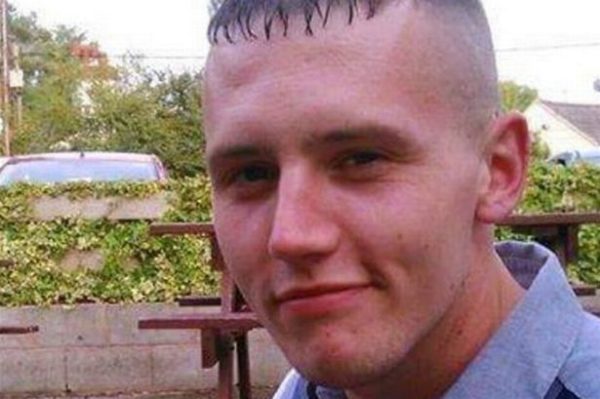 A 27-year-old British man, who was sentenced to five years in prison for raping a 12-year-old girl in 2011, has met his untimely death from a speeding van.

Ryan Draper, who lives in the town of Caerwys, Flintshire, north Wales, was hit by the speeding van in the early hours of Saturday July 30th, on the B5122 highway, in the town, around 12 midnight.

Draper is said to have been walking with his girlfriend when the incident occurred. His unnamed girlfriend is also said to have been struck by the van. She sustained serious injuries and is currently being treated in hospital. Doctors have confirmed her injuries are life-threatening. For Draper, he died at the scene of the accident. Draper’s family has gone to leave flowers at the spot where he was struck by the van. The driver of the van also sustained minor injuries. He has been treated in hospital and discharged. The police briefly held him in custody on suspicions of reckless driving, causing death and severe injuries. He has since been granted bail, while investigators continue to gather evidence to press charges against him.

At the Mold Crown Court in 2011, Draper pleaded guilty to raping an unnamed 12-year-old schoolgirl. The court sentenced him to five years in prison. According to the Daily Mail, the court placed Draper on the sex offender register for life. He was also reportedly given a Sexual Offences Prevention Order to stop him from approaching the victim.

During his sentencing, the court presided over by Judge Niclas Parry told Draper: “You gratified yourself, you used no protection and showed a total disregard for her.”

After the sentence was pronounced by Judge Parry, family of the victim reportedly said the court has been lenient on Draper, considering the grave nature of his crime. The ruling also stirred-up public controversy in the town of Caerwys. Some residents said the court was too soft on Draper, by only giving him five years for his crime. When Draper was released from prison, his family supported him. The family helped him to start a normal life. The family issued a statement, paying tribute to Draper after the news of his death was told to the family by the police.

“Both Hilary and David Draper, and his brother Joshua are deeply saddened at the loss of our loving son Ryan who was tragically and suddenly taken from us. We loved him so much and he will always be in our hearts,” the family said in a statement published by local media.

The police have provided the family with a specially-trained Family Liaison Officer to help the family deal with the shock of the passing away of their beloved. Meanwhile, investigators are appealing to local residents who may have witnessed the accident to come forward and give evidence, in order to legally settle the incident.

This article (Child Rapist Who Served Only Five Years in Jail Crashed to Death by a Speeding Van in Britain) is a free and open source. You have permission to republish this article under a Creative Commons license with attribution to the author and AnonHQ.com.