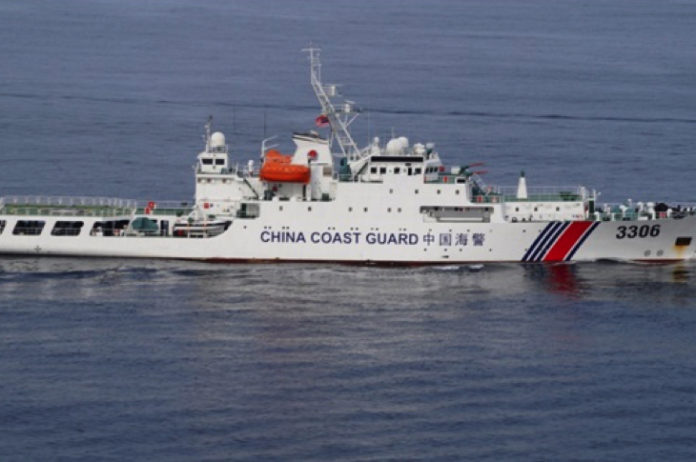 Chinese vessels have been witnessed dumping chemicals into the surrounding waters of an island to kill their economy.
Chinese vessels have been reportedly dumping chemicals in the surrounding waters of Pag-asa Island and harming the marine life in an effort to kill the island’s economy. As the number of civilians leaving because of a lack of fish increases, the Chinese get closer to taking over the land.

A Facebook page has been dedicated to documenting the evidence, which consists most recently of photos of dead fish that have washed ashore from the chemical dumping.

Pag-asa Island is an island in the West Philippine Sea occupied by Filipinos. It’s part of the Kalayaan municipality of Palawan, Philippines, but bigger countries like China, Taiwan, and Vietnam have been attempting to claim the area for economic reasons.

As part of the Spratly Islands, the Pag-asa Island is the only one occupied by civilian Filipinos and they depend almost entirely on fishing.

By poisoning the Pag-asa’s surrounding waters and killing the native fish, the Chinese are crippling the island’s economy and driving away the civilians.

According to the Facebook page, it’s speculated that once the island is deserted by its inhabitants, China will establish a military base.

Because of China’s attempts to push people out, the marine ecosystem and surrounding coral reefs have been completely destroyed. For the fish that don’t die from the chemicals, many are driven away just like the civilians because the area now lacks its ecosystem.

China has been involved in an ongoing territorial dispute with the Philippines for years, especially over the Spratly Islands. This dispute has involved diplomatic negotiations, tense standoffs, and intimidation tactics that have all failed in their attempts to claim the territory.

It’s reported that China also has ongoing disputes with Japan, Vietnam, and Taiwan. Perhaps the chemical dumping is not only an affront against the Philippines but also against the other mainland countries trying to get their hold on the Spratly Islands.

No matter what the intentions are, China’s actions have harmed the ecosystem in immeasurable and irreversible ways and the animals, plant life, and humans are paying for it.

This article (China Dumps Chemicals In Ocean To Drive Fishermen Away From Disputed Island) is free and open source. You have permission to republish this article under a Creative Commons license with attribution to the author and TrueActivist.com