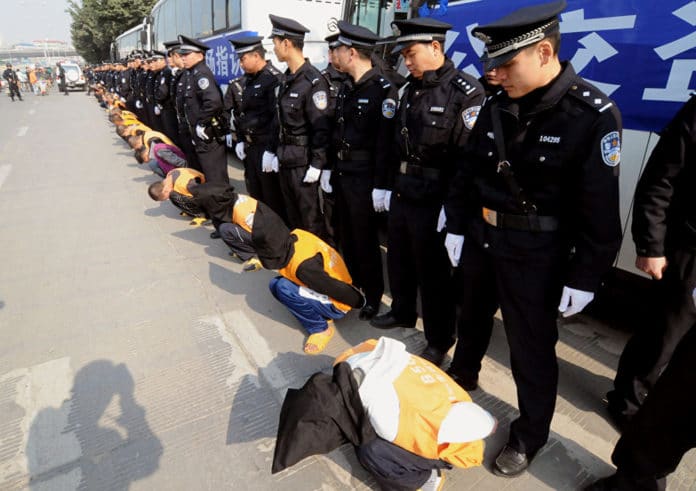 A Chinese court has sentenced a second Canadian citizen to death on drug charges in as many days, as relations between the two countries rapidly deteriorate following the arrest of an executive of the Chinese tech giant Huawei.

Ye Jianhui was handed the punishment for manufacturing and transporting drugs by the Foshan Municipal Intermediate Court in the southern province of Guangdong on Friday.

Ye’s sentencing came a day after fellow Canadian Xu Weihong was given the death penalty by the Guangzhou Municipal Intermediate Court, also in Guangdong province.

Another four suspects in the case were sentenced to between seven years and life in prison.

The court gave no further details of the charges against Ye and the others, but a local news website said Ye and co-defendant Lu Hanchang conspired with others to manufacture and transport drugs between May 2015 and January 2016.

Police seized roughly 218kg of white crystals infused with MDMA from a room used by the pair, and found another 9.84g of the drug in bags and residences used by Lu and others, according to the Yangcheng Evening News based in neighbouring Guangzhou.

Relations between Canada and China deteriorated after Canada’s late-2018 arrest of Meng Wanzhou, an executive and the daughter of Huawei’s founder, at Vancouver’s airport.

The US wanted her extradited to face fraud charges over the Chinese telecom firm’s dealings with Iran.

Beijing condemned the arrest as a political move aimed at constraining China’s rise as a global technology power.

Ye is the fourth Canadian citizen to be sentenced to death on drug charges in China in less than two years.

Convicted Canadian drug smuggler Robert Schellenberg was sentenced to death in a sudden retrial shortly after Meng’s arrest, and a Canadian citizen identified as Fan Wei was given the death penalty in April 2019 for his role in a multinational drug smuggling case.