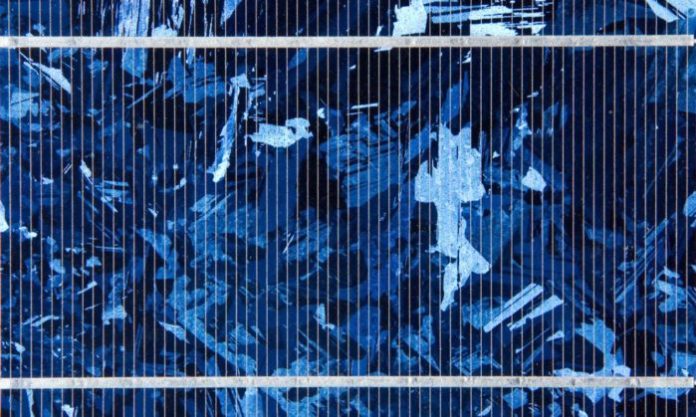 The renewable energy sector is booming across the world. In the United States, for example, it is estimated that solar power has the potential to generate up to 40% of the country’s energy needs.

The major limitation facing solar, as we all know, is the weather. During cloudy or rainy days, there is no power; the solar panels need to convert the captured sun’s energy into energy that we can use.

Over the years, researchers have worked hard to find a solution to this problem.  Recently, good news has surfaced of a new research project that could change this solar weakness, ushering in a new era of harnessing solar energy.

A team of four researchers from China’s Yunnan Normal University and the Ocean University, have discovered how to apply graphene and water to a solar panel’s tin to generate clean energy.

Graphene is a one-atom thick layer of carbon obtained from graphite. It is considered by researchers as the most electrically conductive material on the planet. Although it was discovered just over 10 years ago, graphene is quickly becoming the most useful material available in the world. It was researchers at the University of Manchester who first extracted graphene from graphite. They won a Nobel Prize in Physics for their discovery. Graphene is stronger than steel and more malleable than paper, and can be used for smart clothing, wallpaper and a host of other inventions. According to the Chinese researchers, they wanted to discover how they could use water and solar panels to generate energy. They realized graphene would do the trick.

The researchers placed graphene on top of solar cells, which in the presence of rainwater, made all the difference. The positively charged ions of different salts present in rain, such as ammonium, calcium, and sodium, interacted with the graphene’s electrons to produce electricity, allowing the solar cells to function, even when the sun wasn’t available.

The process is just like using the solar panels’ biggest weakness as a strength, allowing them to collect electricity during cloudy or rainy days. According to the researchers, their experiment, though exciting, is not the final solution just yet. The experiment was only able to transform around 6.5% of the generated energy into electricity. It is said regular solar panels are able to convert approximately 22% of the energy it receives from the sun into electricity.

Thus, further studies are required to fully explore the potential of graphene. However, clean energy advocates believe the results are only the beginning of the exploration of graphene, as its further development could have profound implications for the future of solar technology. Since the Chinese announced their study to the public, people have commended their efforts to ensure clean energy becomes the future in China.

China still depends on coal-fired plants for its energy needs. But recently, the country has showed strong commitment towards clean energy efforts. In September, we reported that data released by Greenpeace showed that China’s new power demands in 2015 were met with wind and solar sources. Greenpeace is an international environmental advocacy group, with strong interests in renewable energy. According to Greenpeace, China’s dramatic increase in the generation of electricity – from these two renewable sources – exceeded the rise in the country’s total electricity demand. Greenpeace also said that China is installing one wind turbine an hour. Even before the release of the Greenpeace data, Chinese energy experts estimated that by the year 2050, the percentage of China’s energy requirements that are satisfied by coal-fired plants will have declined by 30 to 50% of total energy consumption, and that the remaining 70 to 50% will be provided by a combination of oil, natural gas, and renewable energy sources.

This article (Chinese Researchers Successfully Use Layer of Graphene on Solar Cells to Produce Energy) is a free and open source. You have permission to republish this article under a Creative Commons license with attribution to the author and AnonHQ.com.