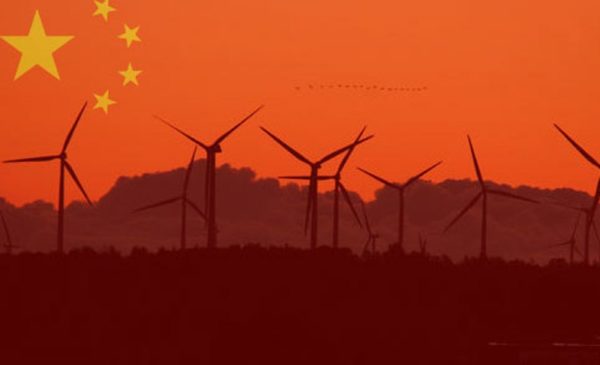 In the past, Chinese energy experts estimated that by the year 2050, the percentage of China’s energy requirements that are satisfied by coal-fired plants will have declined by 30 to 50% of total energy consumption, and that the remaining 70 to 50% will be provided by a combination of oil, natural gas, and renewable energy sources.

Particularly on the renewable energy sources, experts believed the country is determined to make significant progress to slash its dependence on coal-powered plants, which are polluting the environment, as well as causing havoc to human lives. Before the G-20 meeting in China in September 2016, there were fears among Western observers that China may not rectify their part of the Paris Climate Treaty, due to the recent tensions between the country and the United States over the disputed South China Sea. However, China, alongside the United States, has buried their disagreements for a moment, rectifying the treaty, which observers have welcomed as a step in right direction.

Even before the treaty was rectified, according to an analysis done by Greenpeace, China is installing one wind turbine an hour. Greenpeace is an international environmental advocacy group, with strong interests in renewable energy. The Greenpeace data showed China’s startling state-backed renewables boom. Although coal still remains the largest source of energy in China, the analysis revealed that energy sources from coal are declining in the country. The data also showed that coal use in the country, has dropped for a third consecutive year, beginning in 2012.

In the latest news on renewable energy in China, Greenpeace has released new data showing that in 2015, all China’s new power demands were met with wind and solar energy resources. Greenpeace revealed that China’s dramatic increase in the generation of electricity – from these two renewable sources – exceeded the rise in the country’s total electricity demand.

To make a clear sense of the data, China’s increase in power generation from wind and solar in 2015 alone, was twice Ireland’s entire electricity demand in 2014, according to Greenpeace. Again, Greenpeace said China’s wind energy source alone could have met more than half the entire energy needs in the United Kingdom, in 2015.

It is said the expansion of renewable energy generation in China was made possible, due to the country’s vastly increasing its wind and solar capacity in 2015. From 2014, wind and solar power were increased 28% and 54% respectively, in 2015. In total, in 2015, the country made up nearly half of the world’s new solar and wind capacity.

But despite this encouraging development, China is still pursuing aggressive policies to increase renewable energy sources in the country.

Especially on energy, Cuba currently produces just 4% of its energy from renewable sources. However, the Cuban government is committed to increase that to 24% by 2030, with help from China. Cuba manufactures around 60,000 solar panels a year, using technology and components provided on credit terms, by China. Key Cuban workers are also sent to China for training, with the plan to now increase production threefold, including installing more automated machines. The solar panel plant is part of a much larger electronics factory, making everything from LED lights to electric cookers. All of the machinery and the components come from China.

This demonstrates the seriousness of China, about its renewable energy sector. The Chinese government is going all out, ensuring that the country benefits from the new opportunities created by renewable energy technologies.

This article (Renewable Energy: Data Reveals China met its Power Demand in 2015 with Wind and Solar) is a free and open source. You have permission to republish this article under a Creative Commons license with attribution to the author and AnonHQ.com.