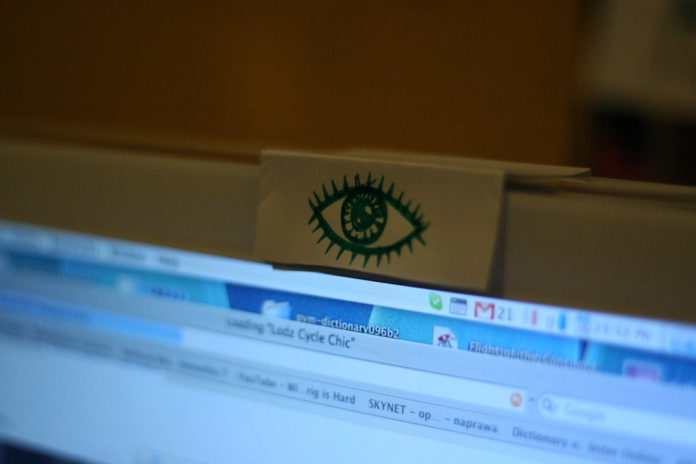 There has been an ongoing debate about putting a piece of tape over your webcam. But should you?

According to the social media giant Facebook, CEO Mark Zuckerberg, as well as FBI Director James Comey, instructs us to do just that.

While there are ways of protecting yourself while being online, the most cost effective way is to simply put a piece of tape over your webcam. This will assist on protecting your personal space from hackers, as well as intruders that are attempting to spy on your private life. Truth of the matter is, Comey has come out exposing his own defense of utilizing tape, in order to assist in protecting his own personal laptop’s built-in webcam.

With the rise of hackers and cyber terrorists alike, individuals are held responsible for their own safety, privacy and security.

While attending a conference in the Center for Strategic and International Studies, Comey was questioned about why he utilizes tape in order to cover up his cameras at his personal home. His response: “Heck yeah, heck yeah. And also, I get mocked for a lot of things, and I am much mocked for that, but I hope people lock their cars… lock your doors at night. I have an alarm system. If you have an alarm system you should us it, I use mine.”

Further into the conversation, Comey continues to explain his common practice at his office inside the FBI, as well as other government offices he frequents, in order to properly cover computers and other laptops.

“It’s not crazy the FBI Director cares about personal security as well,” Comey continues “If you go into any government office, we all have our little camera things that sit on top of the screen, they all have a little lid that closes down on them, you do that, so people who do not have authority don’t look at you, I think that’s a good thing.”

Comey full heartedly believes in placing a cover on the webcams you use, even referring to it as “sensible things” in which everyone should start practicing.

Taping your webcam is quite often made fun of, however, the covering of your webcam(s) is also a great practice that you should start adopting. By now, we all know that the FBI, as well as the NSA, possess the ability to spread malware and thus, possess their targets devices – to turn on the webcam.

Edward Snowden has previously exploited the NSA’s ‘Optic Nerve Operation,’ which had been carried outto obtain webcam images every 5 minutes. This was performed on random Yahoo users, taking just six months for the NSA to accomplish. In 2008, it was reported that the images of some 1.8 million Yahoo users had been successfully captured and stored on the government servers, also.

Placing a piece of tape over your computer’s webcam may not properly solve the issue at hand, moreover, during this era in which there are several thousands of Internet-Based devices, results turn into a massive security nightmare.

Because of the insecure implementation, those IoT (Internet of Things) devices that include security cameras, are extremely vulnerable. Not only that, there are vulnerabilities in which hackers are constantly online, routinely checking to hijack security cameras at any given time.

In essence, it is far superior to take over security cameras than that of your personal computer webcam, in order to keep track of you, as well as your environment.

This article (Your Webcam Might be Exposing Your Personal Life) is a free and open source. You have permission to republish this article under a Creative Commons license with attribution to the author and AnonHQ.