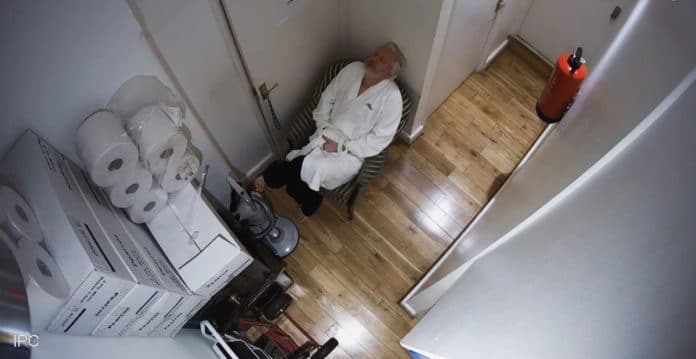 U.S. intelligence assets and a private security company plotted to abduct or even poison Julian Assange during the WikiLeaks co-founder’s seven-year stay at the Ecuadorean Embassy in London, a British court has been told.

The discussed plans were allegedly part of a wide-ranging and complex spying operation that targeted Assange and any of his visitors, according to former employees of Spanish security firm Undercover Global.

Two anonymous witnesses who worked for UC Global told London’s Old Bailey court that from 2017 onwards, after the inauguration of U.S. President Donald Trump, American intelligence agencies stepped up their surveillance of Assange. The witnesses had been granted anonymity due to fears for their safety, reports The Guardian.

Assange’s confidential meetings with lawyers were recorded by microphones, his fingerprints were lifted from a drinking glass, and moles hatched a scheme to obtain the nappy of a baby who was being brought to the embassy on routine visits.

According to UC Global founder and director David Morales, “the Americans” sought to establish paternity but called off the plan when the then-employee tipped off the child’s mom.

The witnesses, who are apparently equally afraid of Morales and the U.S. Government, allege that their former director was won over to “the dark side” before giving instructions to install sophisticated cameras with advanced audio recording capabilities in order to secretly record Assange’s conversations with visitors, and especially his attorneys.

One of the witnesses claims that after Morales went on a business trip to Las Vegas in July 2016 to promote his security firm, he obtained a “flashy contract” with the Las Vegas Sands, owned by close Trump ally and billionaire campaign financier Sheldon Adelson.

“After returning from one of his trips to the United States, David Morales gathered all the workers in the office in Jerez and told us that ‘We have moved up and from now on we will be playing in the big league,’” the witness explained.

The other anonymous former employee claims that in December 2017, “the Americans were desperate” and had demanded that “more extreme measures should be employed against the ‘guest’ to put an end to the situation of Assange’s permanence in the embassy.”

Assange had been living there since 2012, when then Ecuadorian President Rafael Correa granted political asylum to the Australian amid the British government’s attempts to detain him and extradite him to Sweden over a sexual assault case that was subsequently dropped.

Another plan involved the possibility that Assange could be poisoned.

“All of these suggestions Morales said were under consideration during his dealing with his contacts in the United States,” the witness said.

The witness claims that Morales requested that he install a microphone in a fire extinguisher in the embassy’s meeting room, as well as in the bathroom where Assange was holding meetings out of the well-grounded concern he was being targeted in a spying operation.

“I used a nearby socket to conceal a microphone in a cable in the toilet in the back of the embassy,” the witness said.

“This was never removed, and may still be there.”

Lawyers for the U.S. Government have not contested the anonymous allegations but have shrugged them off as “wholly irrelevant” to the matter being considered, namely Assange’s likely extradition to the United States. The extradition hearings had been delayed due to the ongoing pandemic, but will conclude by week’s end.

After being removed from the embassy by police in April 2019, Assange has been held at the maximum-security HMP Belmarsh prison.

The U.S. government is seeking the extradition of Assange to the United States on 17 charges, including allegations of conspiracy to hack into computers in the U.S. and violating the Espionage Act. Analysts say he would face a sentence of up to 175 years in prison or even the death penalty if found guilty of the charges.

Assange’s defenders claim that he is simply being sought due to his role in the release of scandalous information implicating Washington in a range of crimes, including serious war crimes and violations of international law.